Today the sun finally shone on London so I took the opportunity to get out in the garden and take some pics of the rest of my Maratha collection as promised in the previous post.  All of these figures were converted by an old friend, Ian Walden, who sadly passed away recently and I thought it would be nice to share them with a wider audience to show my appreciation for his great skill and imagination.

I couldn't decide which of the pics to show so I just put up everything I took, hence this post is long on images and short on text!

The collection as a whole less the artillery wagon shown in previous post, they are all based on the Maratha army at the time of the Battle of Assaye though in my world they also double as Mughal troops for the Carnatic Wars. 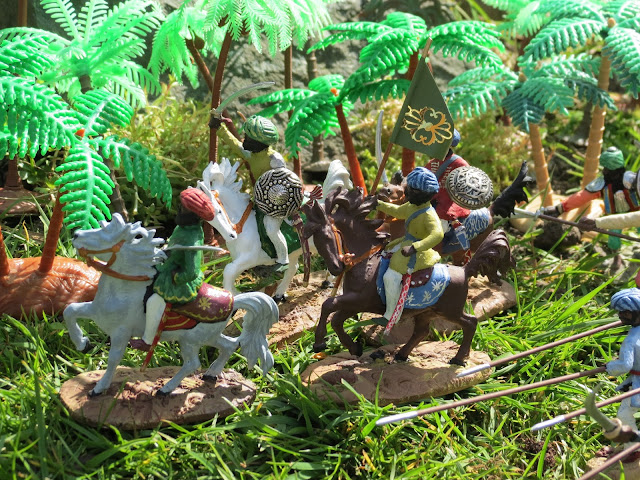 The cavalry are made from Jean Hoefler Napoleonics, the shields were made from decorative buttons and earrings.  Ian was very keen on these Hoefler figures, he'd been a career soldier and spent much time posted in West Germany where he acquired a mountain of them. 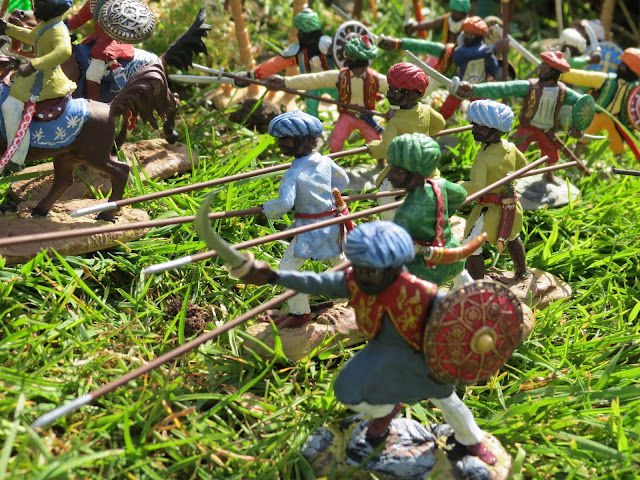 Spearmen made form Jean Hoefler cowboys with turbans and tunics made from milliput. 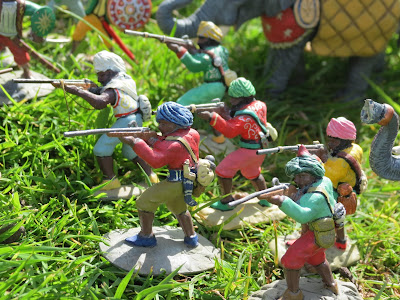 These musketmen and the swordsmen below are all converted from Hing Fat pirates made in China. 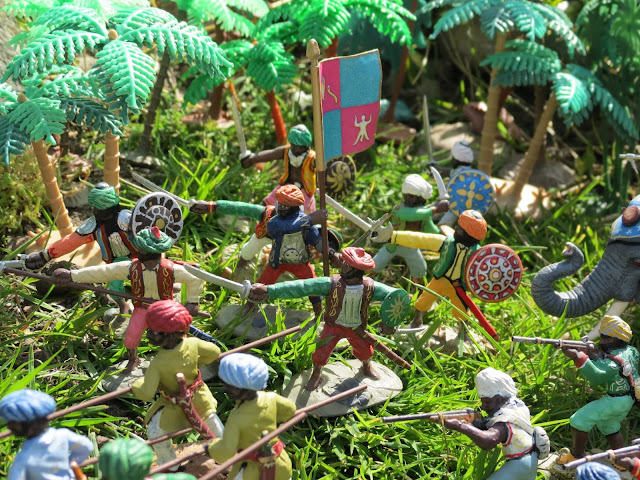 More buttons and earrings pressed into service as oriental shields, I sometimes think Ian must have had shares in Milliput. 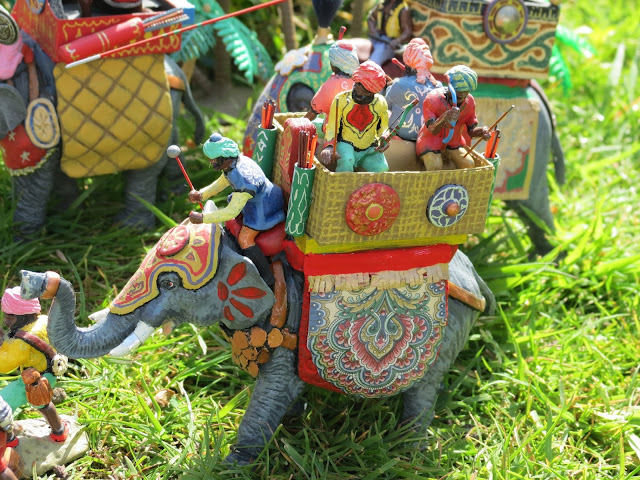 Ian couldn't always get models of the Britains Indian elephant so he would just cut down the ears on the African elephants and use them instead.  Here bowmen are sitting in the howdah. 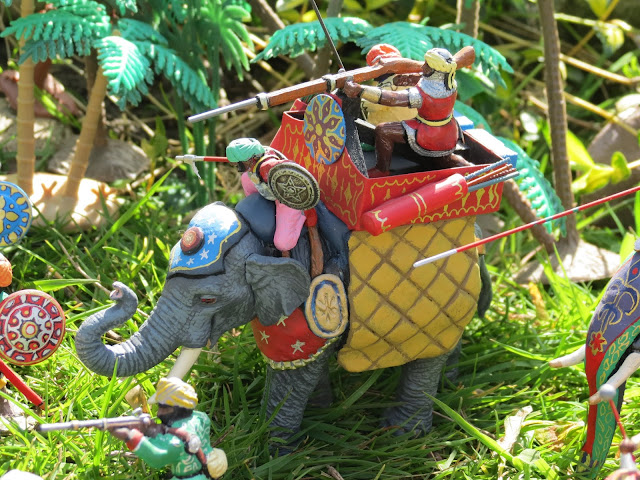 More mobile artillery, the gunner is made from a Britains/Herald medieval knight. 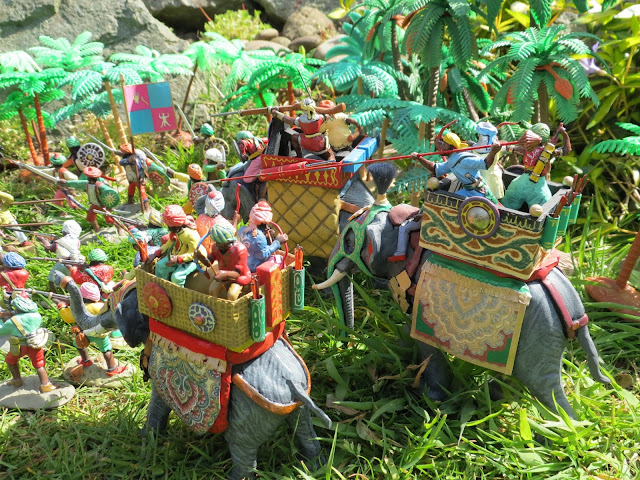 For the backdrop I used the rockery in my garden with every palm tree I could find. 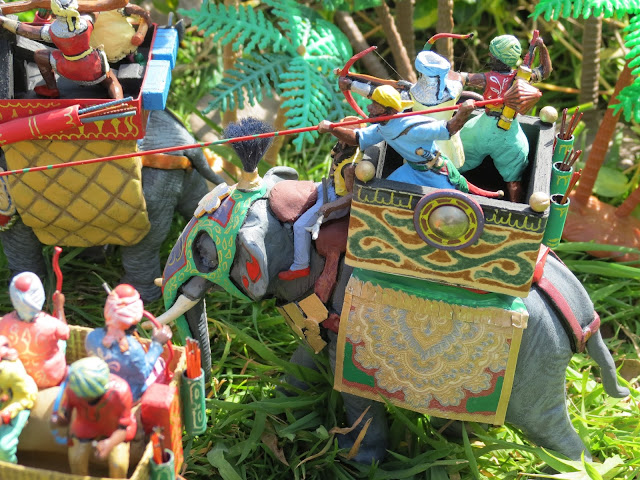 In the third howdah the nearest figure wields a long spear with a counterweight on the end to aid balance, the two bowmen are made from Britains/Deetail Wild West series Indians. 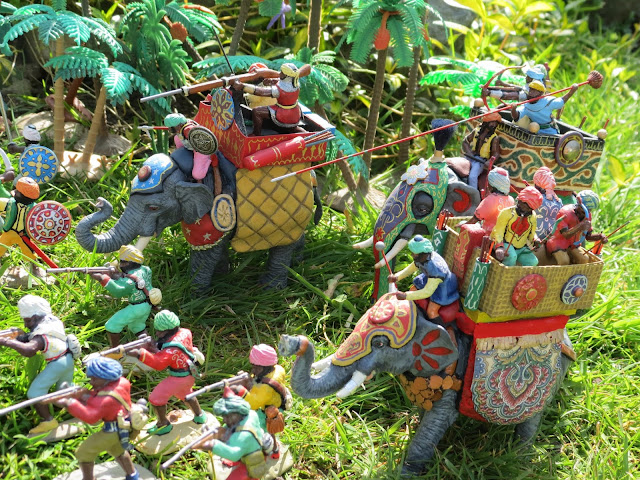 The vegetation looks quite lush in the bright sunlight. 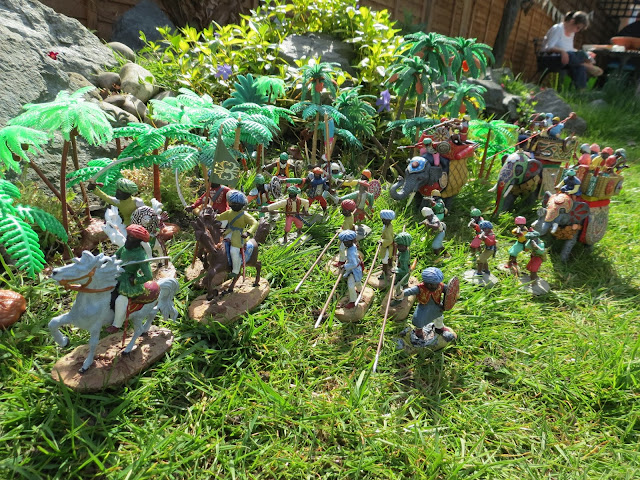 Mrs C sneaks into the back of the shot. 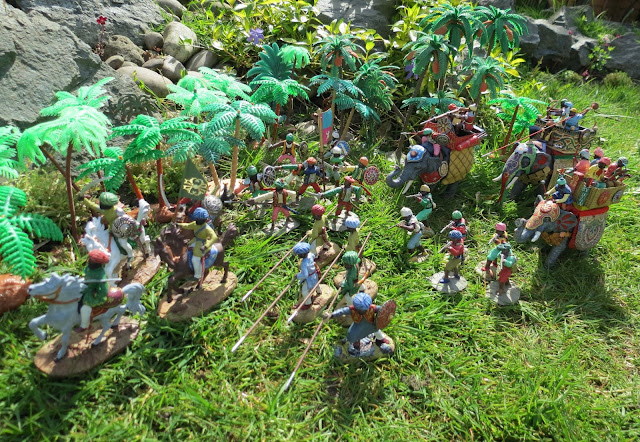 A reasonable number of pieces for a skirmish game, now I just have to knock out some East India Company troops for the opposition 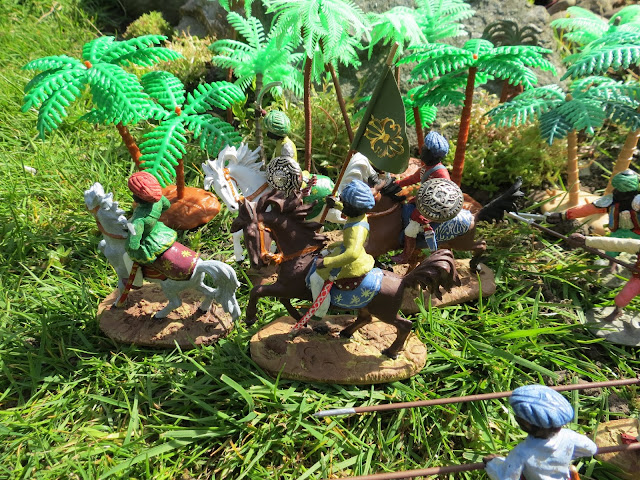 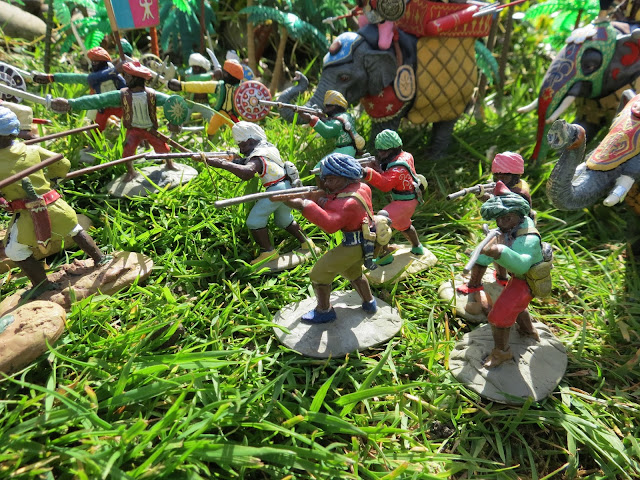 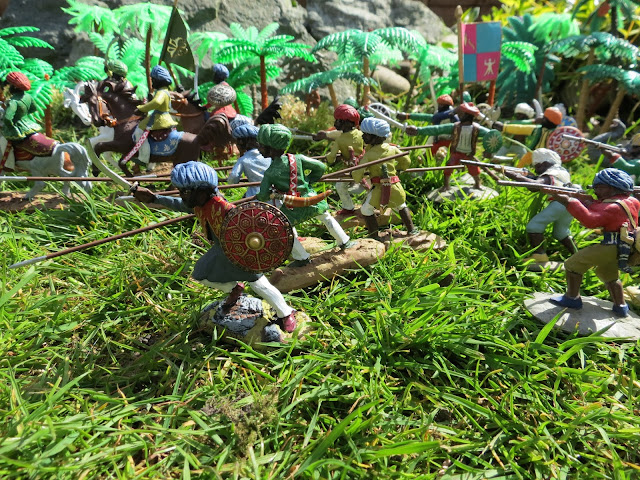 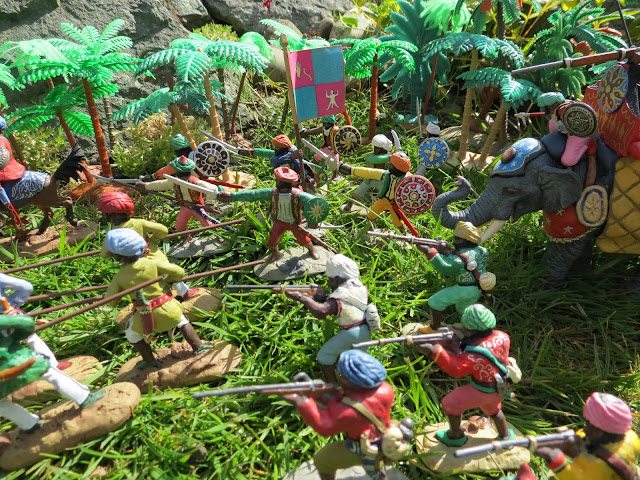 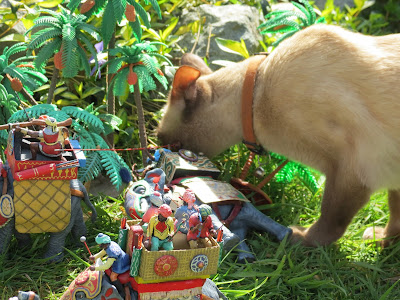 And finally........... the Sepoy General deploys his Burmese to bring down the Maratha elephants!