Just before Christmas I received a note from long time collector and toy soldier dealer George Kearton to say that his book  COLLECTORS GUIDE TO PLASTIC TOY SOLDIERS 1947-1987 had now been revised and reprinted, and here it is:

I should declare an interest in that I was a regular customer of George's when he was selling toy soldiers back in the 1970's and more importantly that I have not actually seen the new revised edition (well not yet anyhow) but here is what I wrote about the original on my old website back in 2002:

"This is an identification guide showing nearly 900 figures from over 80 manufacturers worldwide, there are 43 black and white plates covering categories such as the Ancient World, Robin Hood, US Cavalry, Napoleonic Wars, First World War, Arab World, Pirates, etc. The size and clarity of the pictures has been criticised but this remains probably the best reference resource for plastic figures that there is. Published in a limited edition of just 1,000 copies.  Long out of print but the author is considering a reprint."

Here is what George told me about the additional content in the revised reprint:
"The book has new covers (picture attached) and the following new material:
A new introduction

A very kind appreciation/retrospect by Peter Cole
An article "Grumpy Old Soldiers" which I wrote for Plastic Warrior some years ago.
A piece about my toy soldier museum from 1984, courtesy of Old Toy Soldier Newsletter.
A copy of one of my original mail order lists from the early 1980's listing over 700 items !
The price is £12.95p plus post and packing. It's available through ebay if people search under my user ID 69birley"


Edited by John Curry who is well known for his History of Wargaming Project, the revised addition has 82 pages, ISBN 978-1-291-08553-2.  There has long been a demand for this book to be reprinted and at this price I consider it offers very good value.
Posted by Brian Carrick at 10:13 2 comments: 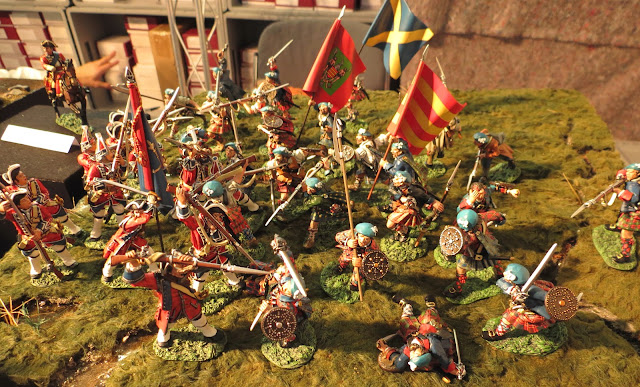 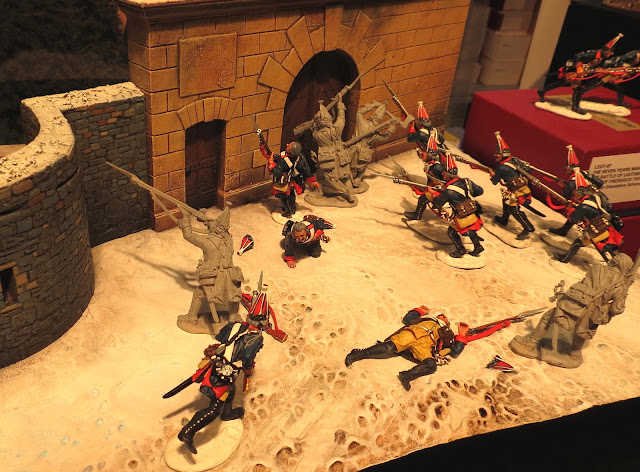 These Prussian Grenadiers could have just jumped straight off the canvas of the famous painting DieSchlacht Von Leuthen by Carl Rochling, inspiring stuff, I just wish I could get my humble Frederickians to look that good!
Posted by Brian Carrick at 09:28 3 comments: 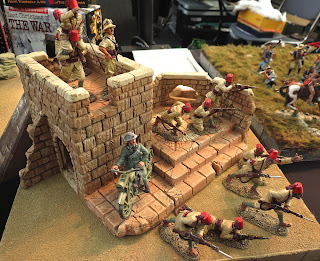 I should mention the change of location for the show ﻿was forced on Guidline due the proposed redevelopment of part of the previous venue, the organisers have done well to find and alternative site but the show was moved out from Central to North East London once before without success!
Posted by Brian Carrick at 11:35 2 comments: