King & Country, who make modern white metal toy soldiers for collectors, sponsor the London Toy Soldier Show which is held three times a year. A regular feature of these shows is a demonstration wargame run by the Skirmish Wargames Group using 54mm figures, they mix both metal and plastic and there is often a high level of conversions among them. These games are always very varied, I don't think I've ever seen the same game played twice and they are known for the excellent quality of the buildings and scenery they bring to the table. Past games have included Incas and Conquistadores, French Canadian trapers and various Colonial, First and Second World War scenarios. This game was based on the Gordon Relief Expedition, these games are always a highlight of the show for me. 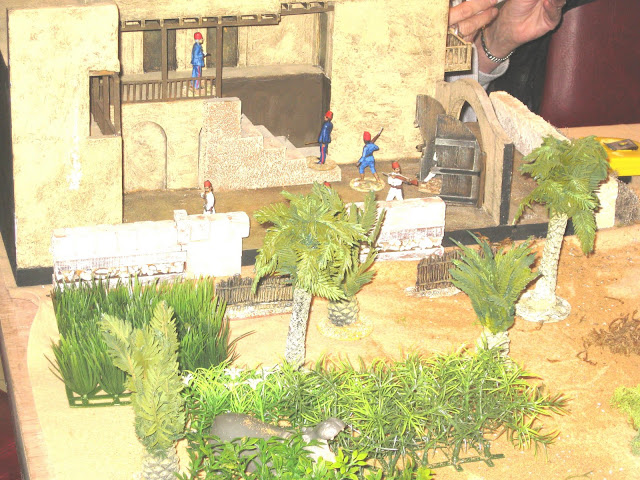 General Gordon's compound at Khartoum, note the hippo basking in the undergrowth. 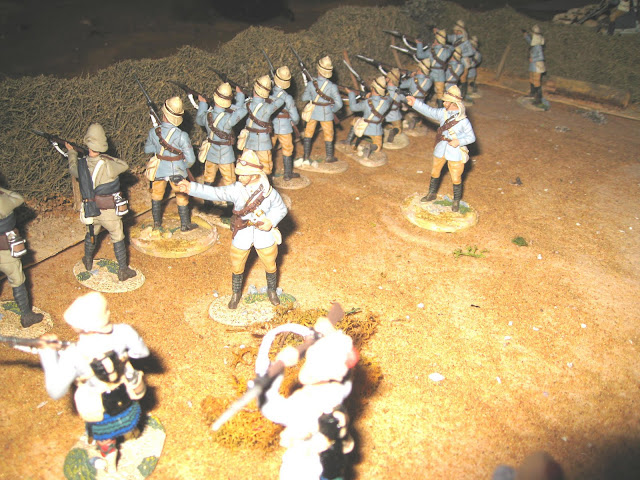 The Camel Corps stand to behind a defensive zariba 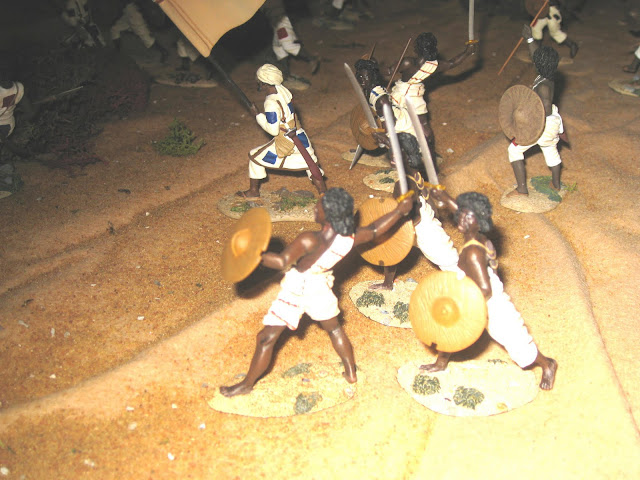 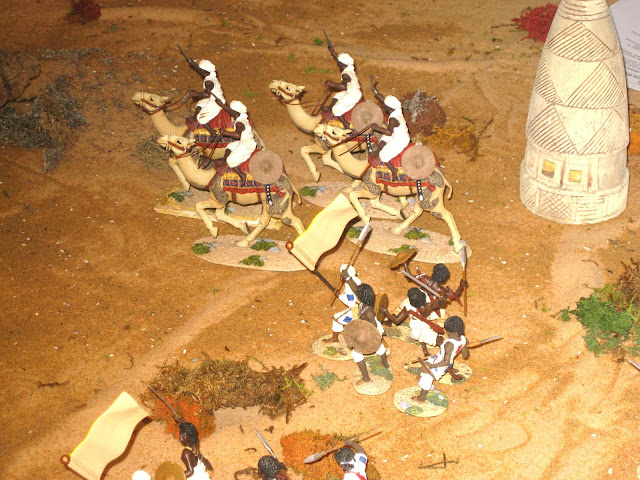 The Mahdist hordes rush in to attack 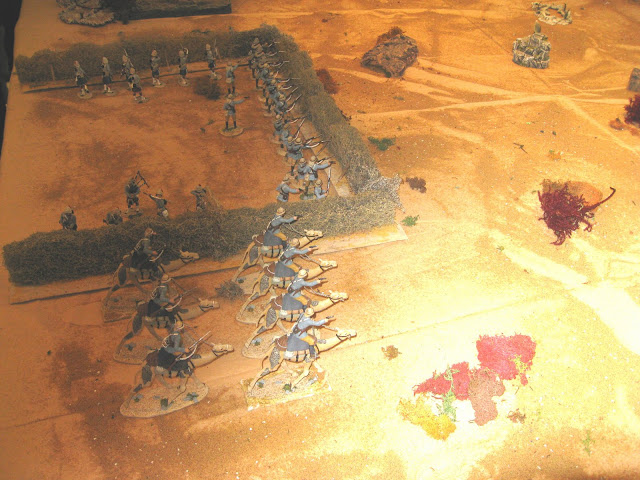 The Camel Corps make their stand with mounted camel troops on the flank.