I spotted this rather nice collection of German Colonials at the London Toy Soldier Show in March but somehow the pics slipped below my radar and have just come up for air.  They are mostly Schneider semi-flat homecast figures but they've been converted to Schutztruppe etc. which I think is rather neat. 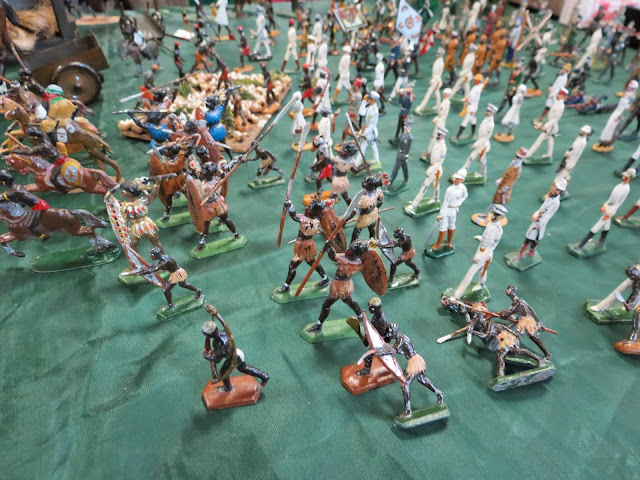 In the foreground and left native figures provide the Maji Maji rebels, behind them the German Colonials in tropical uniform and squeezing in at the back right are the Schutztruppe Askaris 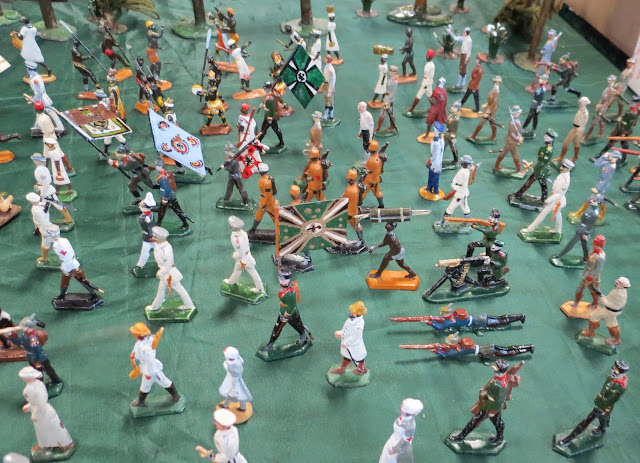 A closer look at the Askaris with some rather nice standard bearers line infantry and jaegers. 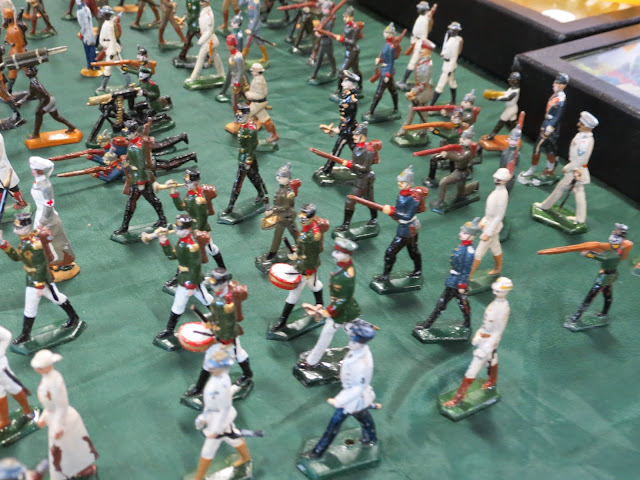 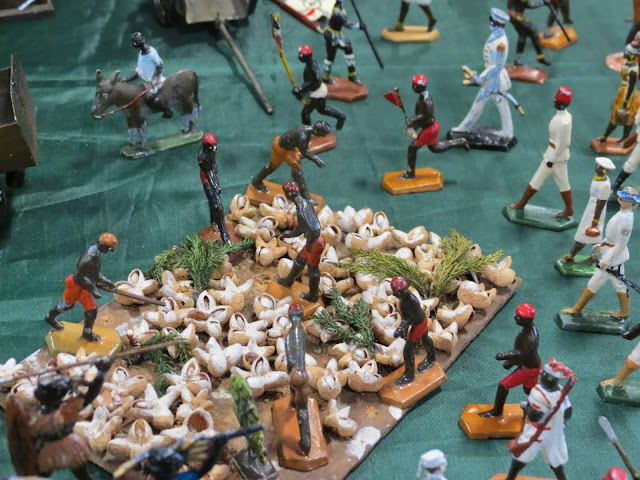 The natives work tirelessly in the cowrie shell fields. 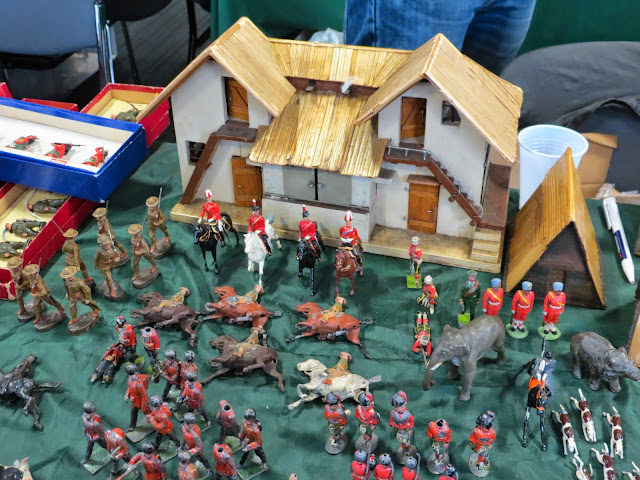 There was also a clutch of scratch built buildings to go with the figures, this is the Colonial Government House and to the right of it is on of the native huts.

Lets face it the original figures are so crude and common that they're barely worth the metal they're cast from but with a bit of work and imagination there's a lot you can do with them, why did I never think of doing this before?
Posted by Brian Carrick at 12:57 4 comments: