Well, as I said in an earlier post, the Plastic Warrior Show is over for another year and I am late in getting around to commenting on it so here are a few pics I snapped to give a flavour of the event: A Roman marching fort (from Hadrian's Wall?), it looks like an upscale of the Airfix 1/72 model much beloved in my youth.  There is an article on the building of this fine piece in the latest issue of Plastic Warrior magazine. 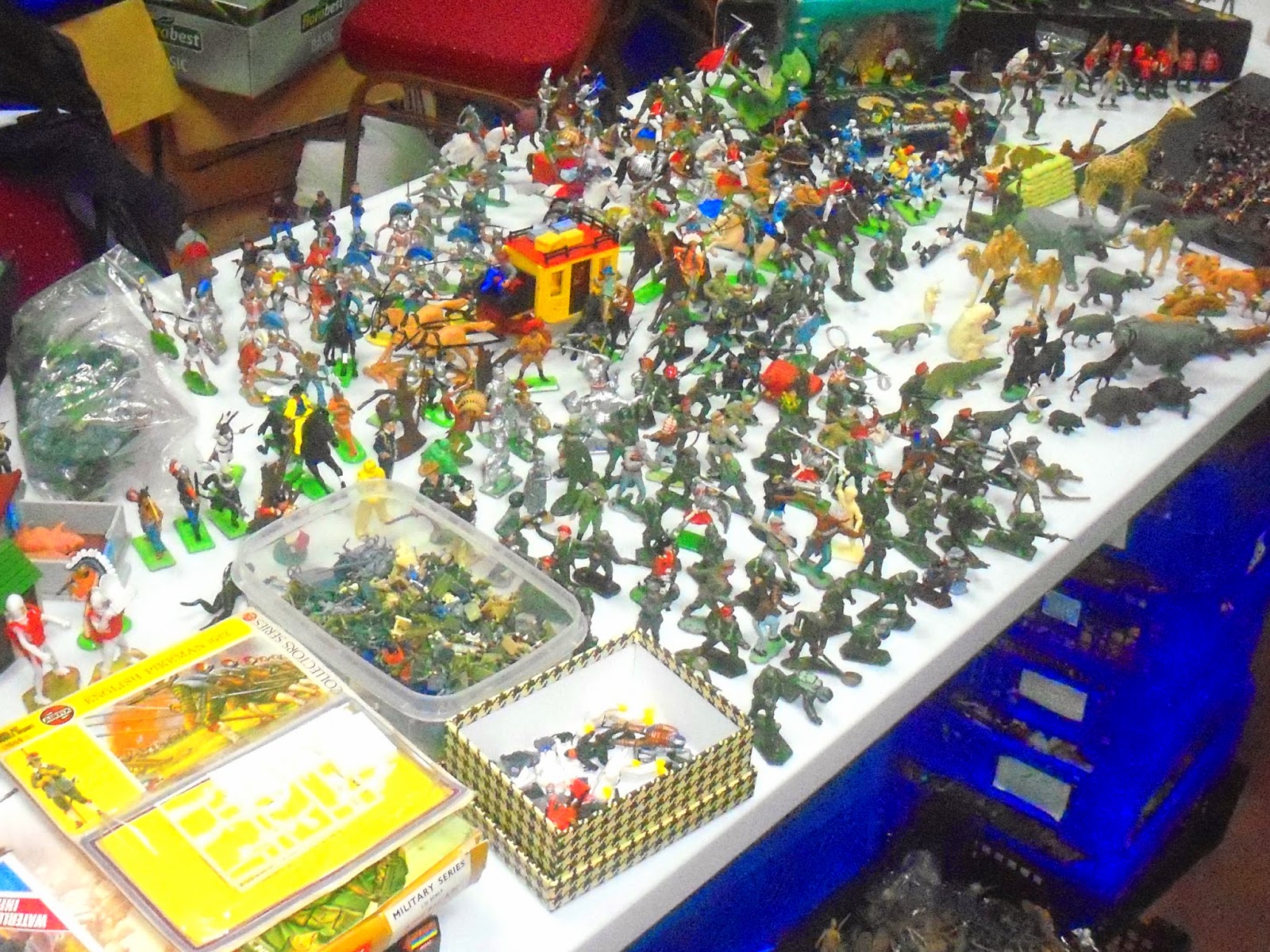 One of the rather more organised tables.  PW is a fairly small show, relatively speaking, with rarely more than 60 sellers and over the years has resolutely resisted the temptation to expand in order to specialise in old plastic toy soldiers (from 1/72 to 12") exclusively.  It is a place where most tables are taken by collectors looking to turn out their spare or unwanted items so you never know what is going to turn up. 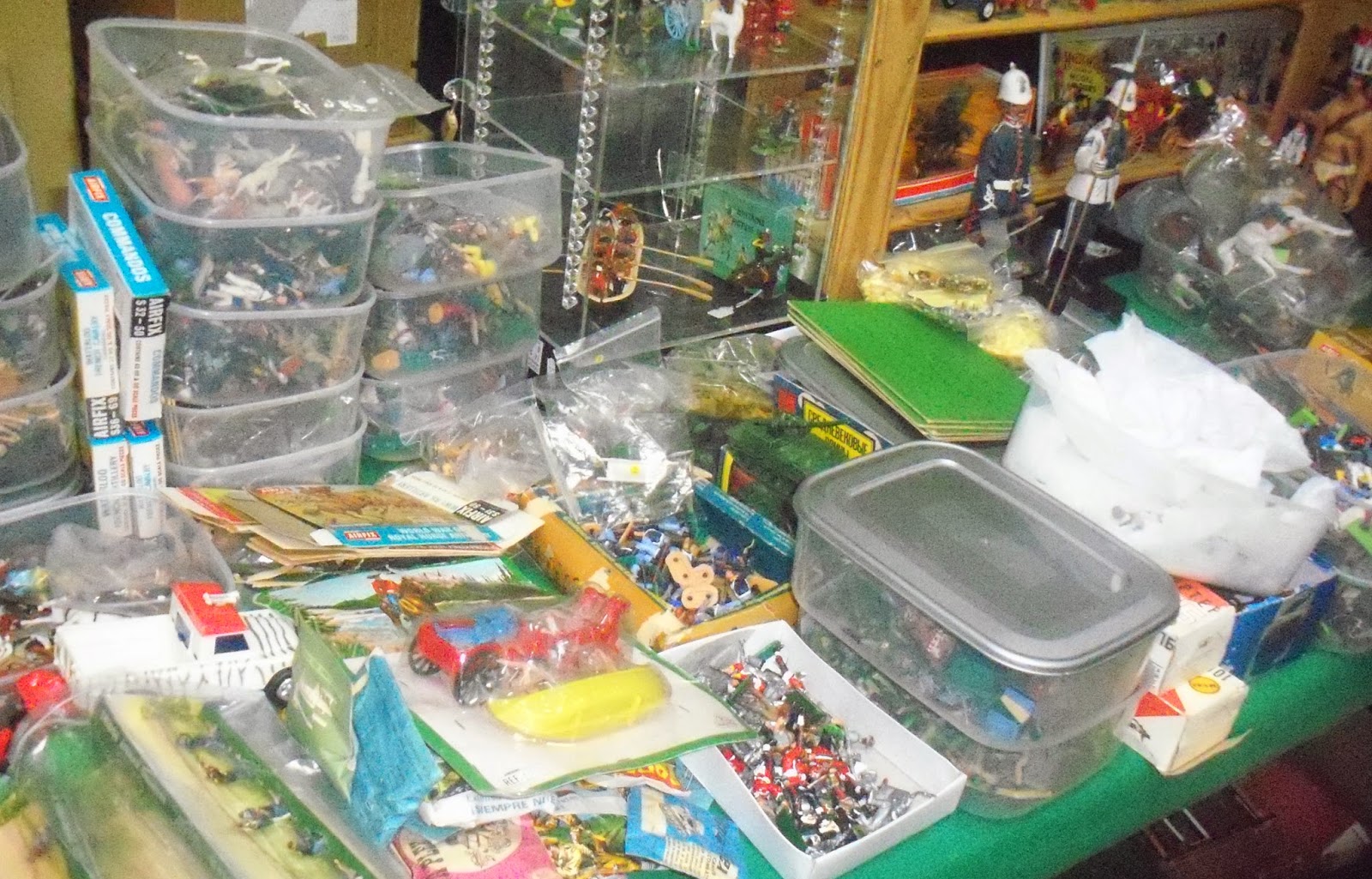 This table is more typical of the eclectic mix, piled haphazardly box on top of box, it is a burrowers cornucopia. 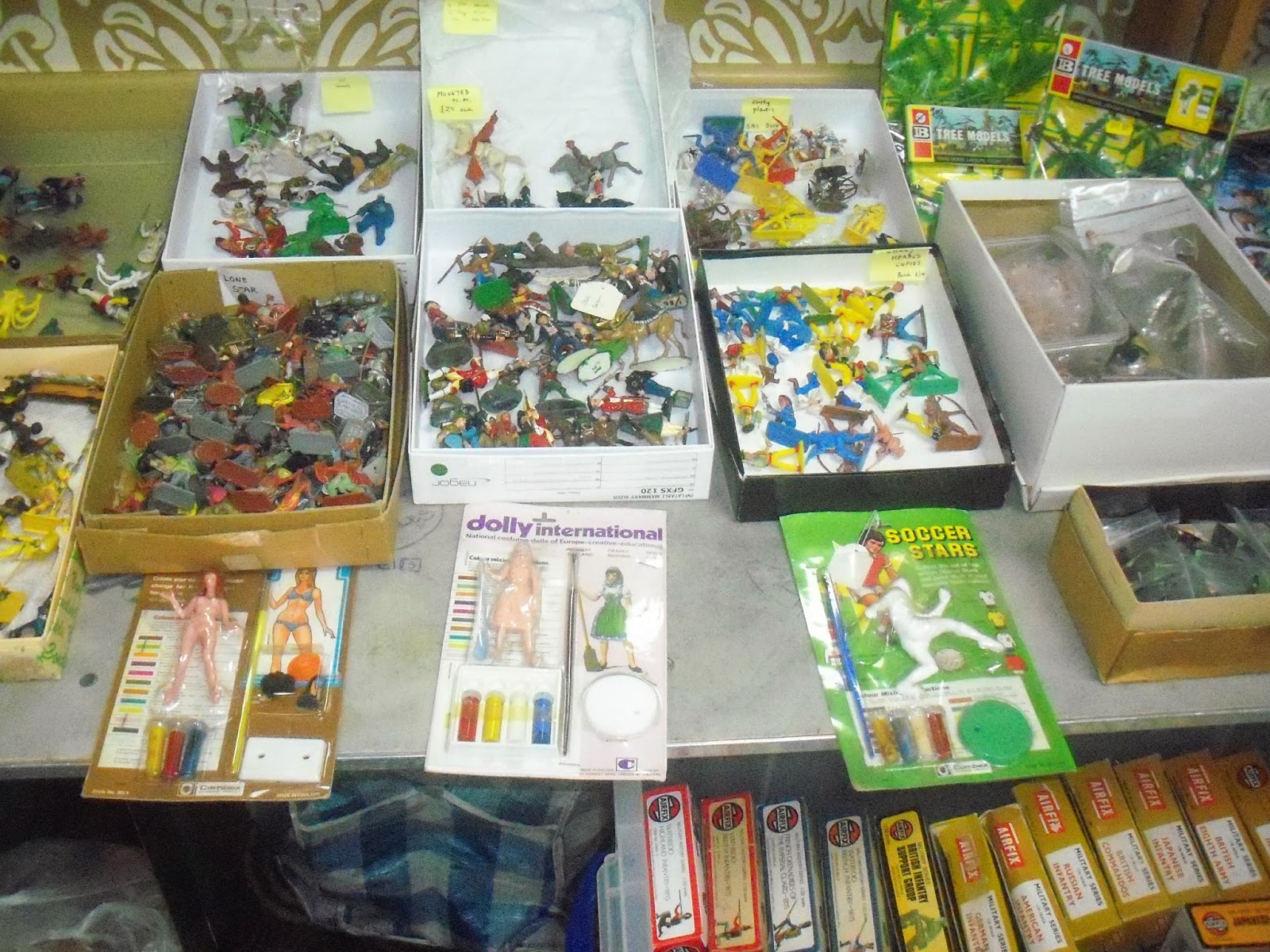 It's always worth a look under the table too! 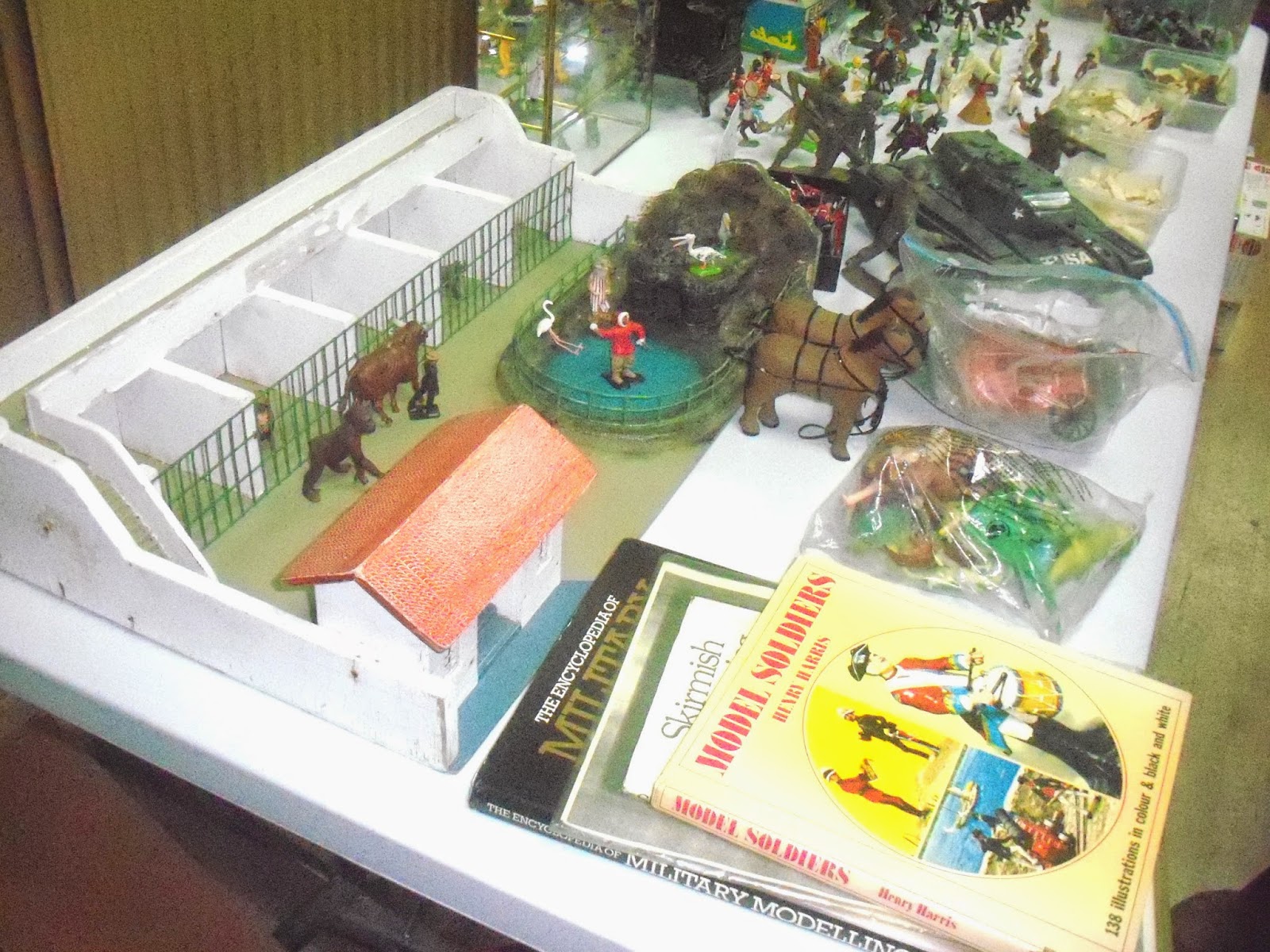 A rather nice old zoo made by Binbak, the entrance gatehouse has a revolving turnstile which I thought was a nice touch.  Behind that some Marx 12" WW2 British infantry, only issued in the UK and not seen very often, complete sets of the 12" WW1 French infantry and Highlanders had already sold by the time I got my camera out.

I didn't catch the name of who made this rather fine circus train but I think it is French, anyone from the Soldat Plastique 1/32 forum able to help with this? 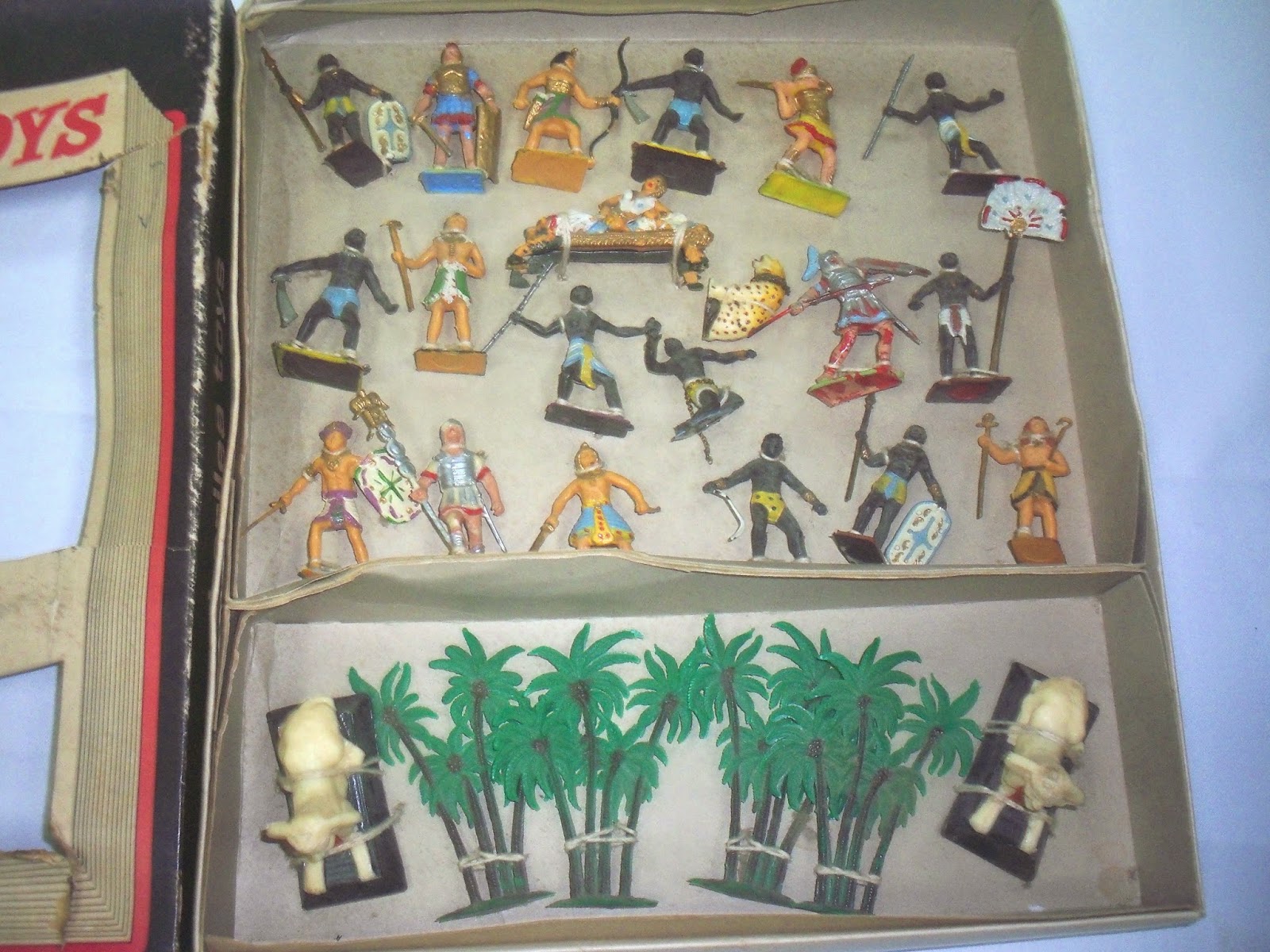 The star of the show as far as I was concerned was this boxed Cherilea Cleopatra set.  Previously I've only ever seen a smaller boxed set containing just the Egyptian figures with the sphinx (lower left and  right) but the palm trees are a nice addition as is the pet cheetah. 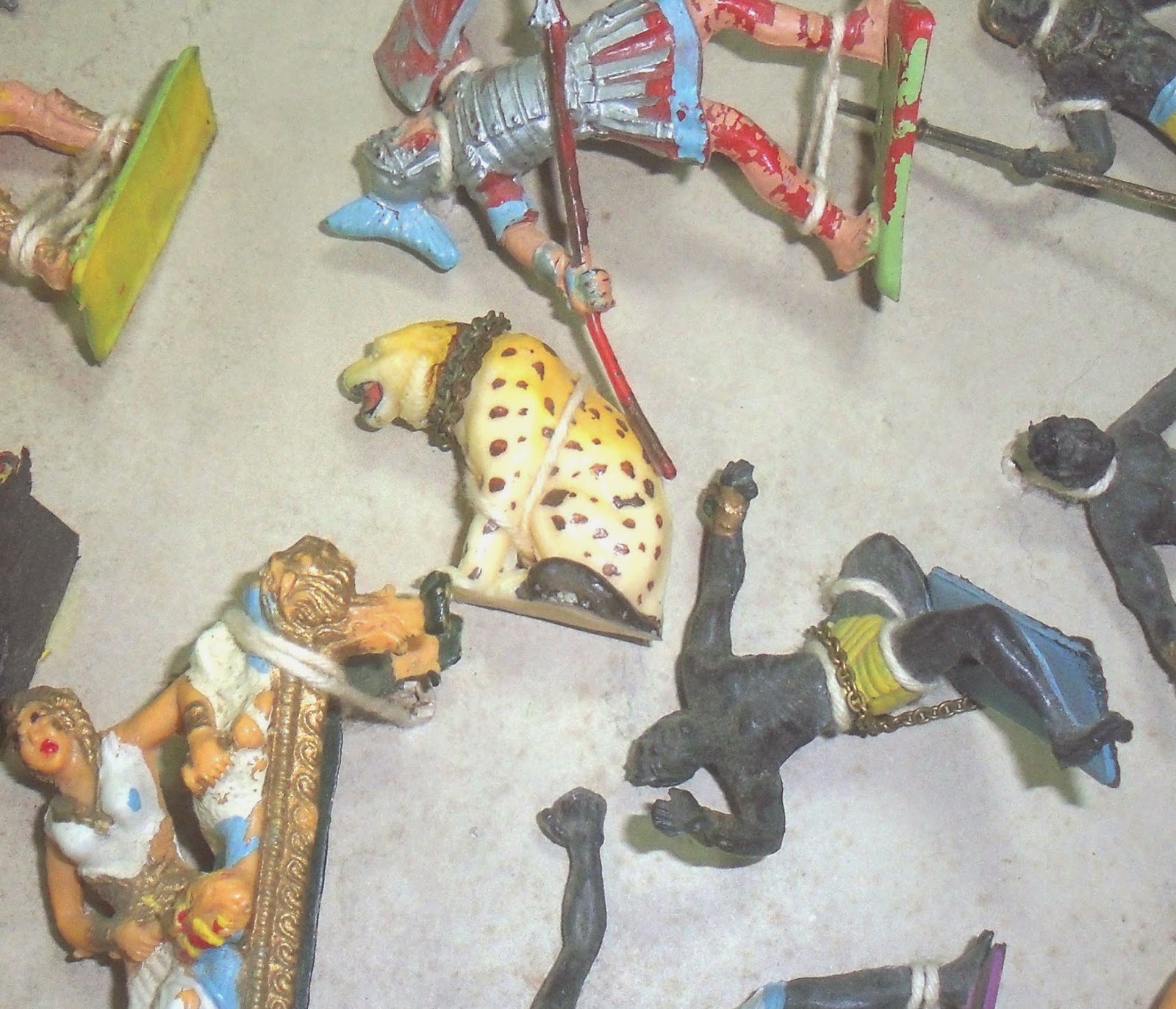 A close up on the cheetah, I think it's actually the lioness from the zoo set but with a bit of chain wrapped around it's neck and spots painted on, now that's what I call adding value!

That's all from the show till next year folks.