As mentioned in the previous post, Andy Neilson had a stand at the show representing King & Country Hong Kong and here is what he brought over with him. 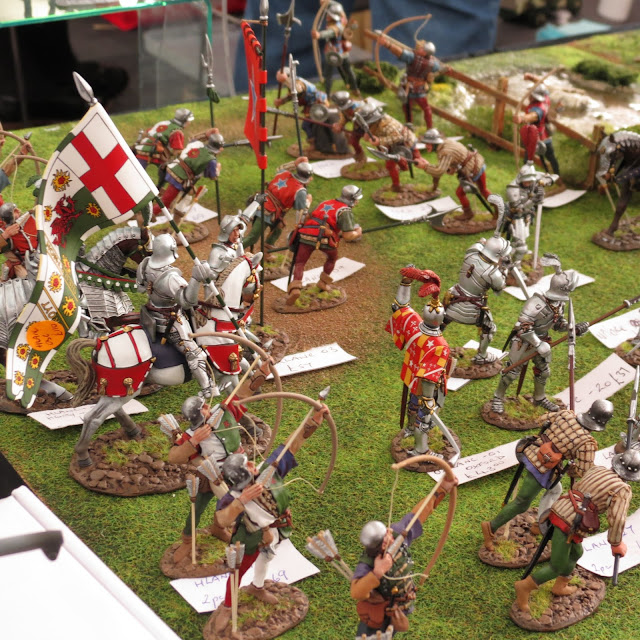 Wars of the Roses, beautiful figures made by John Jenkins Design, I wish I'd taken more pics. 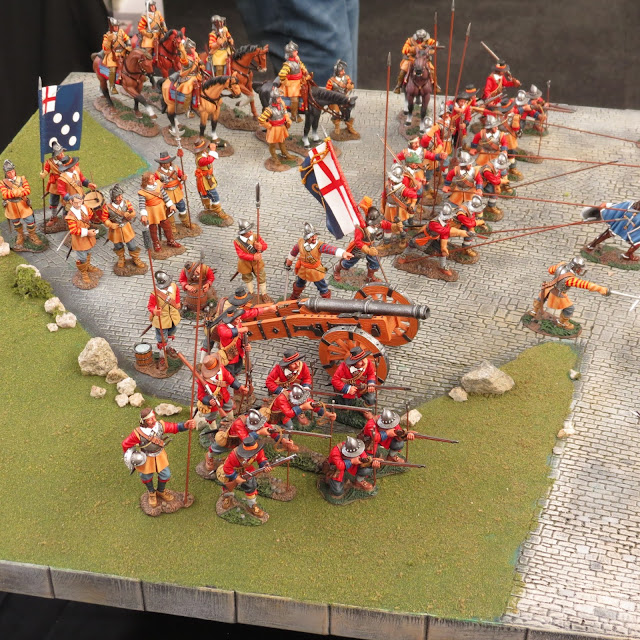 A simple diorama that shows these figures off to great effect, I find these displays invaluable for uniform references and conversion inspiration. 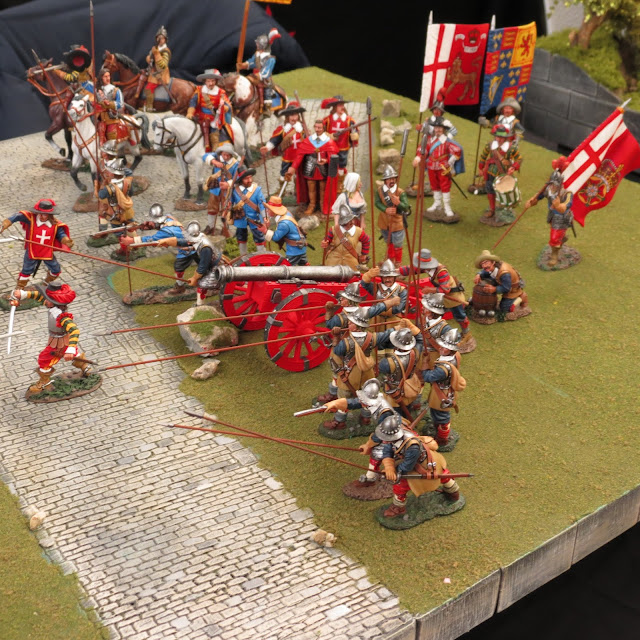 At the other end of the board, the Royalists get a helping hand from Cardinal Richelieu  and his Mousquetaires? 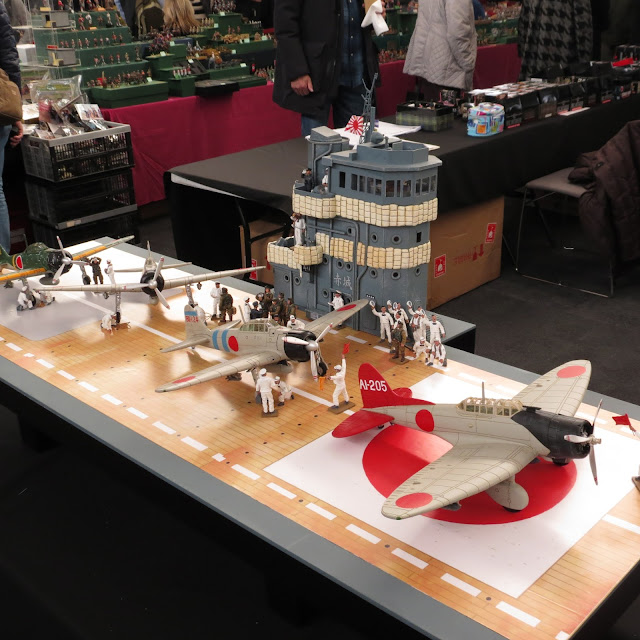 This section of a Japanese aircraft carrier is massive, I can't imagine many homes in the UK being large enough to accommodate it! 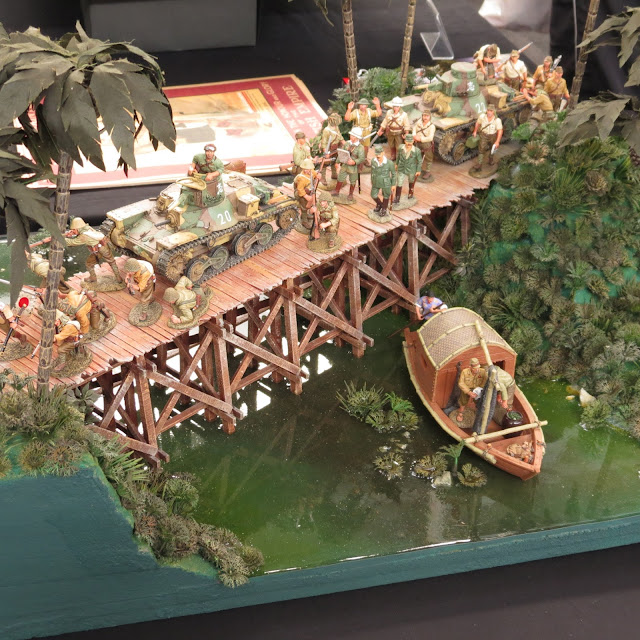 The inexorable march of the victorious Japanese (or are they limping away in retreat?) either way I thought the terrain effect were very impressive. 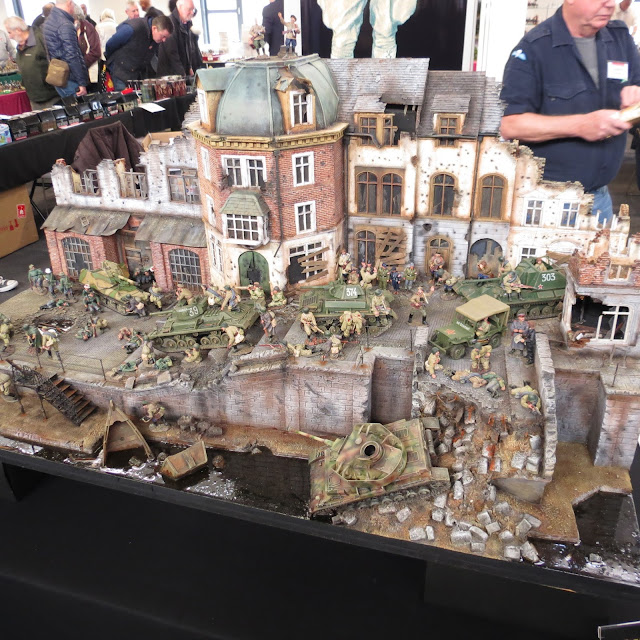 Another massive diorama, these are 60mm figures, Andy Neilson is standing behind it to give you an idea of the overall size. 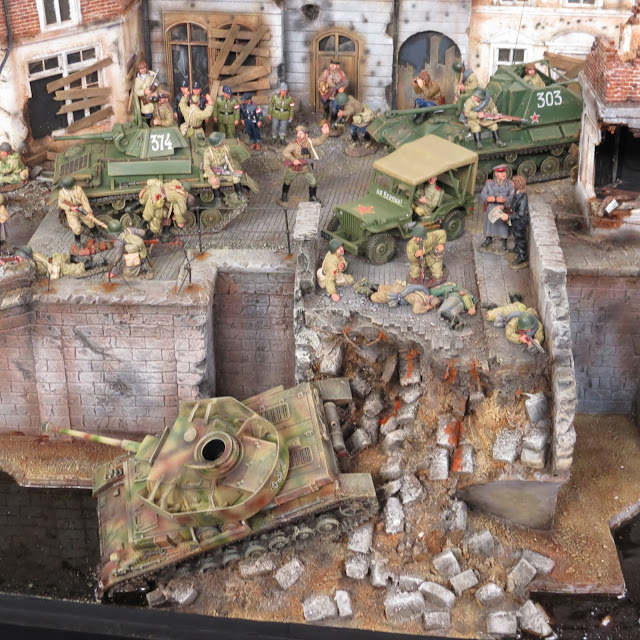 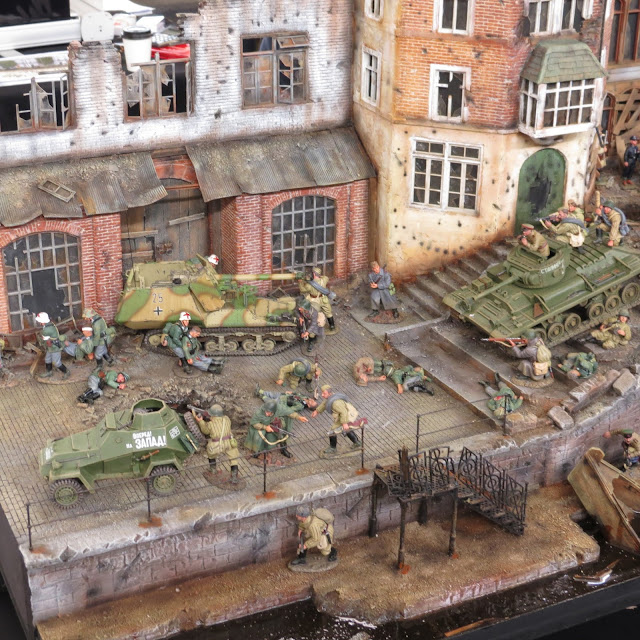 .....and the desperate German rearguard.

With Christmas Day galloping up upon us may I extend to all, my Compliments of the Season, and wish you all the Peaceful and Restful few days that you have surely earned.

Some more gratuitous pictures of toy soldiers taken at the recent show in London, the December show is usually the best one of the year as it attracts dealers who don't bother with the earlier ones.  I just noticed that the March 2017 show has been advertised as "Incorporating Wargaming" so lets hope that means we'll be seeing more of the Skirmish Group.  The show will continue in it's current venue, the Design Centre, Islington for the March and June events next year but in December 2017 it is moving to Haverstock School in Chalk Farm, London NW3. 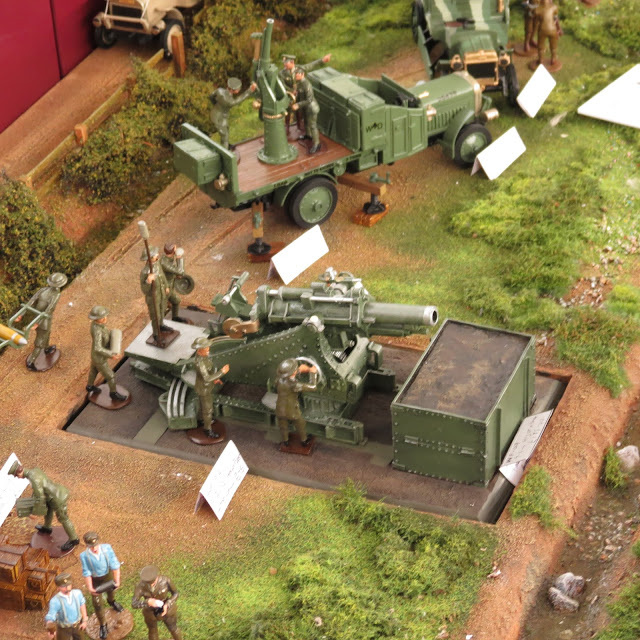 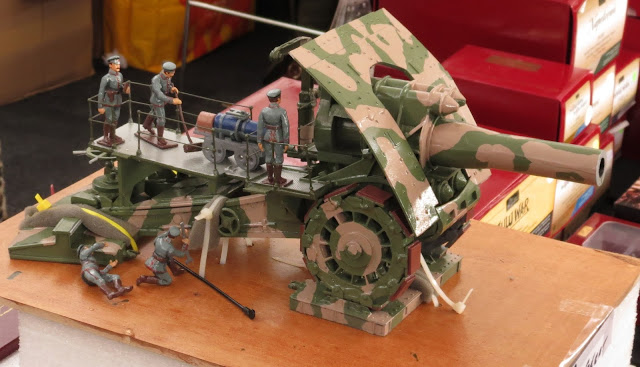 This  piece was labelled "Big Bertha" and was on the same stall as the diorama above, shame it doesn't fire matchsticks though! This was the table of a dealer from France who only comes over for the December London Show, he brings such unusual pieces it;s always worth a good long look at his wares.  I was very taken with the Chinese flagmen, I don't know if they go with the rickshaws - clearing a way through the crowds for them but it looks like they are the same maker. 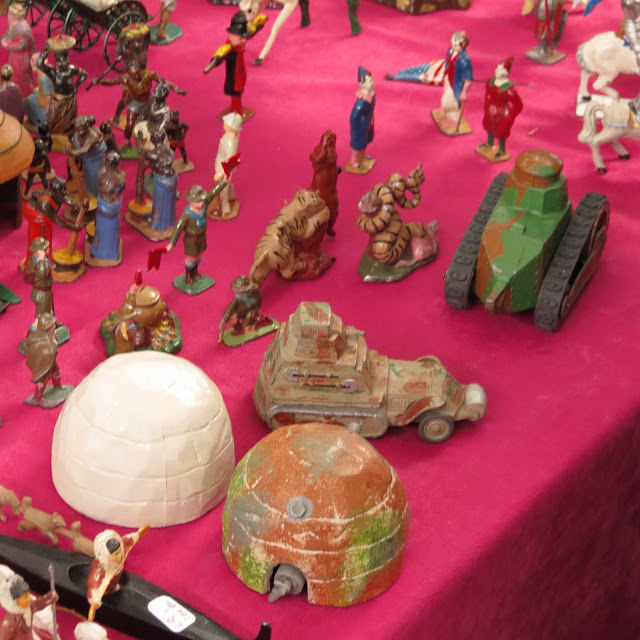 More of the table above, love those early tanks and the pairs of animals: tiger bringing down an antelope and cobra with mongoose, a bit gruesome perhaps but full of originality, made by "RF" France. 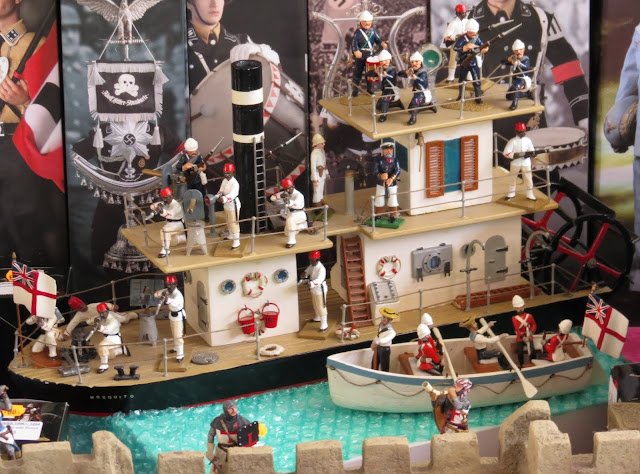 This rather nice Nile Gunboat was on the stall of Modellers Loft who mostly deal in Action Man and similar genre (as you can see from the boxes in the background) but I thought it worth taking the pic to inspire anyone who might be thinking of making one for themselves.

Other news: Dorset Model Soldiers had a stand under the auspices of Peter Jones who is taking over the mantle from Giles Brown, Giles is still involved but mostly in an advisory capacity and carrying out repairs to old figures.  The contact details and everything else remains unchanged, I had a long chat with Peter about an order I had sent in just the day before and found him very helpful so this augurs well for the future.

New to the show and new to me were Covent Garden Games who tell me they have had a toy soldier stall established in Covent Garden Market for 30 years!  I'm a fairly regular visitor to the Covent Garden area and I never knew of them so there's a reasonable chance that you won't have either and hence I'm giving them a plug here, nice young people, if you find yourself in Central London take a look in.

Also at the show was Andy Neilson representing King and Country Hong Kong, they had brought over some quite impressive dioramas which I'll try to get posted up before Christmas.

That's all for now folks. 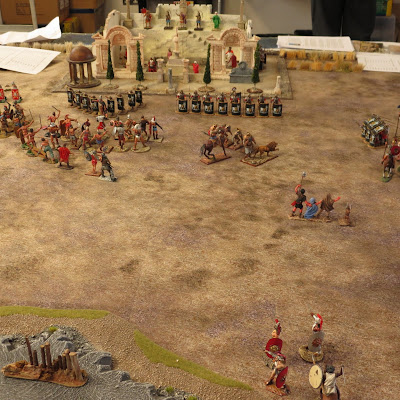 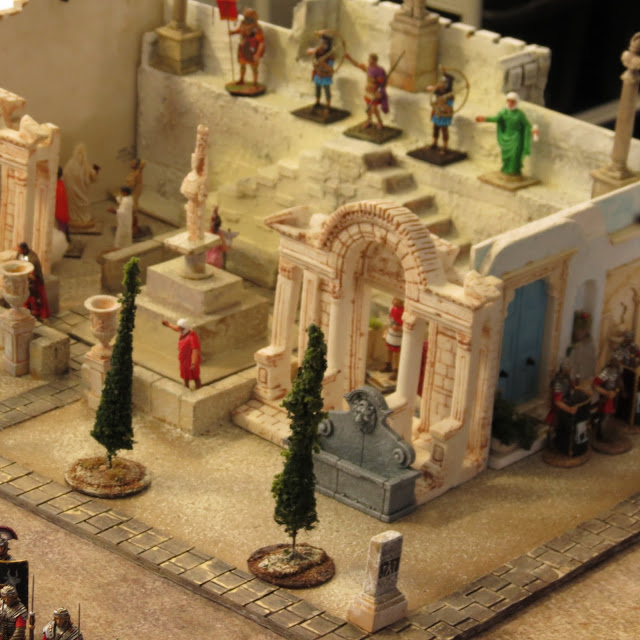 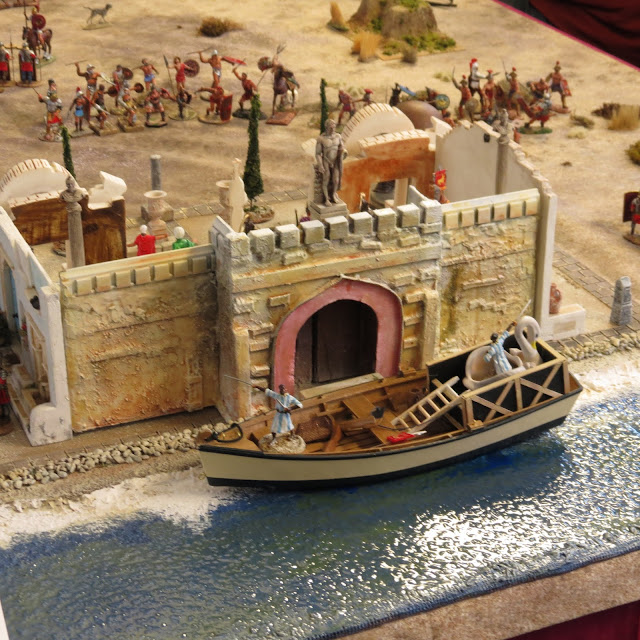 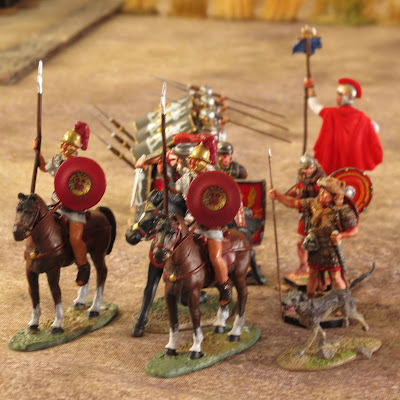 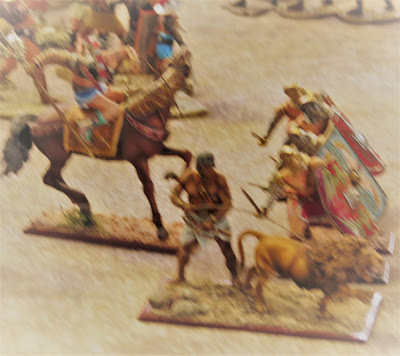 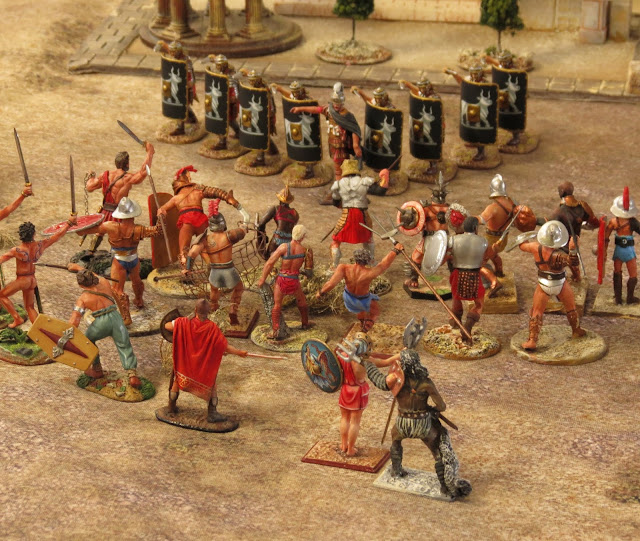 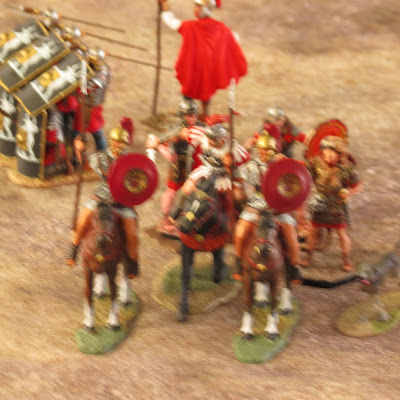 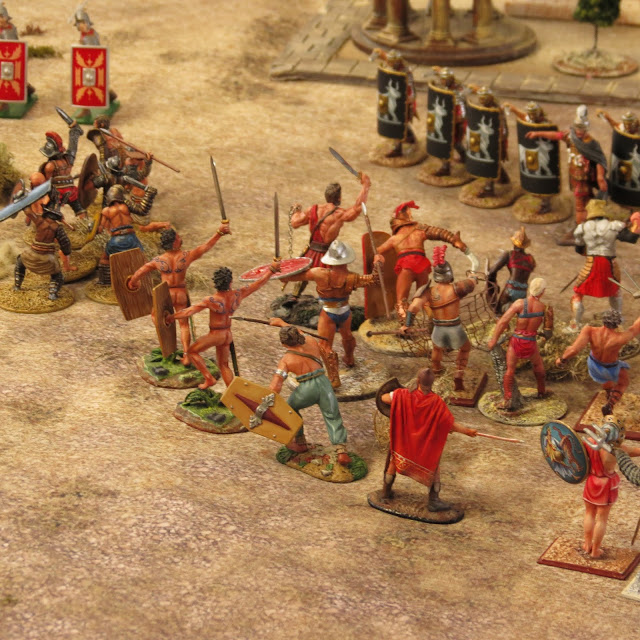 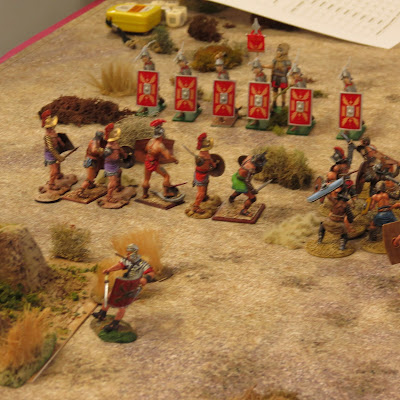