The day I found VICTORY in the bottom of a bottle.

I admit I had been drinking..... but not that much.  I blinked in the January sunshine, opened my eyes and it was still there.  I could hardly believe it but it seemed such an amazing thing that I felt I must share it with you dear reader (whoever you may be) 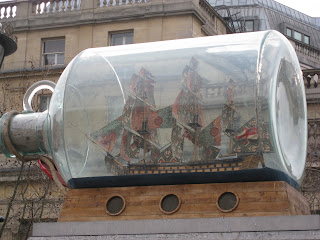 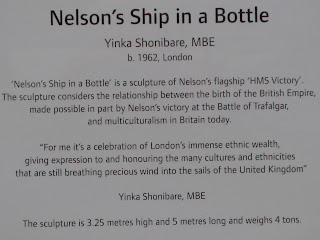 Since I no longer work in town I avoid going up into London (because it can be a bit of a nightmare) but a few days ago Mrs C needed to visit Chinatown so I went along as her bagman.  After a pleasant lunch we headed back towards Waterloo Station via Trafalgar Square, the later is of course a tourist destination of International renown with Nelson's Column in the centre surrounded by four podiums.  The thing is that only three of the podiums have statues on them and the fourth stood empty until a few years ago when someone came up with the idea of using it to showcase modern works of art, some of which have been quite controversial.  This particular work has had little or no attention from the media and has nothing to do with collecting toy soldiers, except that it is a model even if it does weigh in at a whopping 4 tons and 15 metres long, so it just had to go in the blog.
I've never heard of Yinka Shonibare but anyone who can make a four ton model of HMS Victory in a bottle has earned their MBE in my book.
Posted by Brian Carrick at 12:11 2 comments: 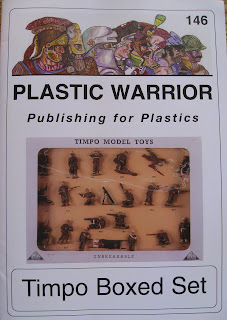 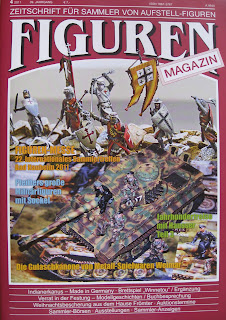 Figuren Magazin Nr. 4 2011, has articles on: Erich Leistner - Master diorama maker, Bad Nauheim 2011 figure show, A hundred years of Hausser, Pfeiffers 11cm military figures, Gulaschkanone by Metall-Spielwaren Weimar, German made Indian canoes, "Winnetou" boardgame, Modelling book review, Nativity figures and 32nd Herne figure show.
Both magazines are available by subscription direct from the publishers and in my opinion are indispensable if you are a serious collector of old toy soldiers.
Posted by Brian Carrick at 13:20 No comments: