This  weekend my erstwhile sparring partner, Anthony and I tried out the Lion Rampant wargame rules using 54mm figures on a table 6' x 8' to see how well they would adapt to larger size figures. It was my first time using this system so we kept it all fairly simple, the two forces were drawn from sample army lists (retinues) for late French and English troops in the 100 Years War and the scenario (also from the rules) was "defending the indefensible".  the only change we made to the rules as written was to double the movement distances and missile ranges 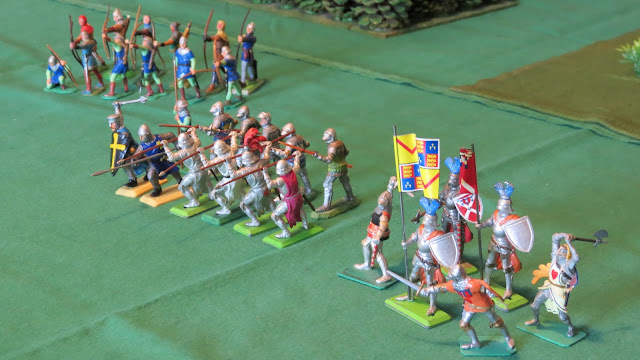 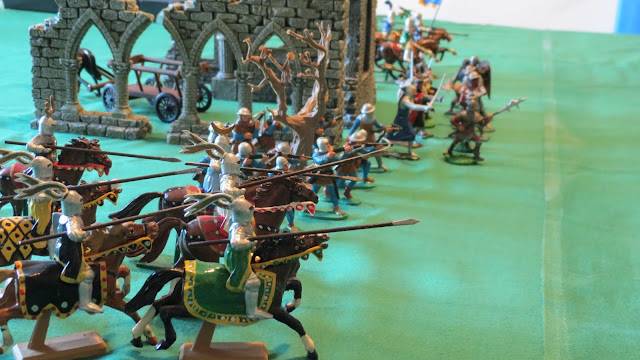 French foot sergeants and crossbowmen defend the sacred relic while mounted men-at-arms charge into the small English force from the flanks.  The English foot are pushed back but the French charge loses momentum and falters. 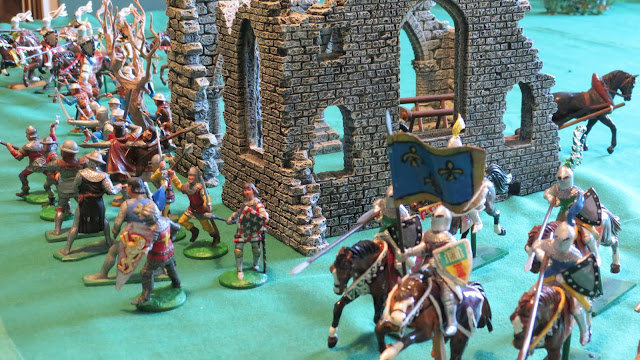 The French Lord carries his standard forward and issues a challenge to personal combat against his English counterpart.  Sacre bleu! the challenger is killed and the French must all take a morale test. 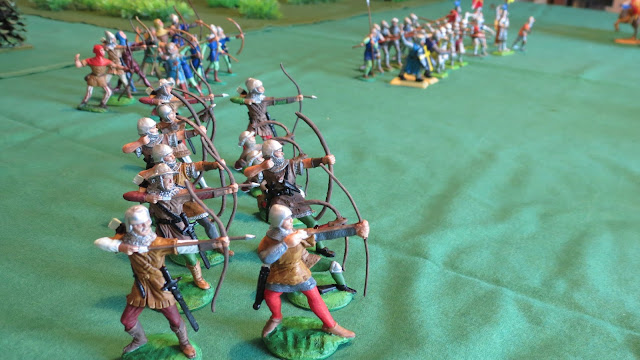 The French cavalry all fail the test and break, the foot all pass and are left to face the English onslaught. 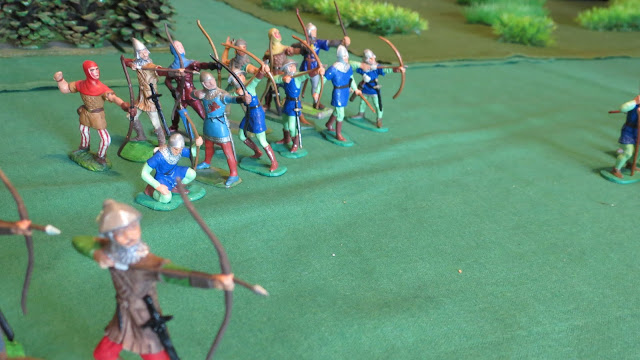 Furious melees take place in the centre as the French foot hold the line and force the English back. 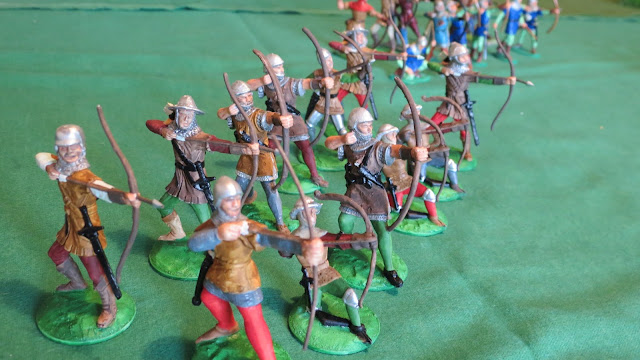 The french cavalry rally and return to the fray. 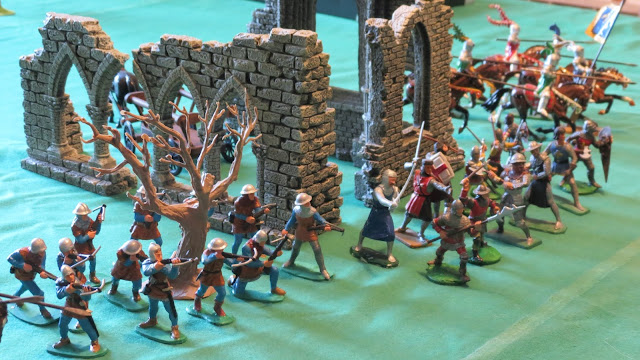 Further melees ensue and the fight flows back and forth, the outcome could go either way. 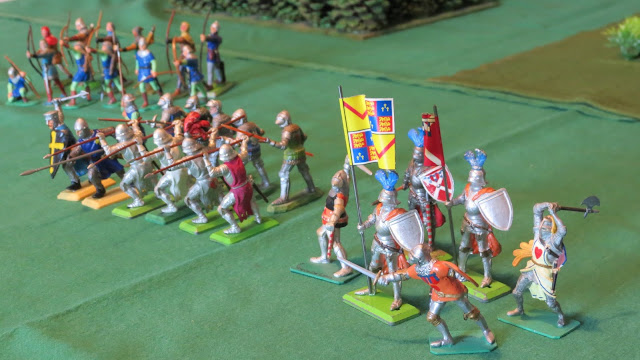 Finally the English break through and seize the objective to win the game. Zut alors!

The game took about three hours to play but would have been much quicker if we had been more conversant with the rules.  The system is easy to pick up and flows very well, it's ideal for a skirmish wargame with 54mm figures.  We had a total of 42 figures per side, individual units being always based on 6 or 12 figures so you don't have to amass a large collection to get started.  The rules include sample retinues for a wide variety of Middle Ages armies from the Baltic Crusades to the Ottomans and there are other examples to be found on the internet covering such types as Elizabethans and Samurai.

There is a lot of flexibility with this system, I played the French and made the foolhardy decision to engage in single combat (just to see what would happen) and came to a sticky end!  I forgot to take any pictures during the game and so what you see here is an action replay by the leading actors.  My observations on the rules? I felt casualties caused by archers should have been higher and I think we were both surprised when a unit of archers received a charge from mounted men-at-arms and in the resulting melee saw them off, despite this they made for a very enjoyable game.
Posted by Brian Carrick at 20:37 22 comments: