Almost a year has passed since the last Plastic Warrior toy Soldier Show in London and as this year's event approaches I realise that I never posted my finds from last year, this was the highlight for me: 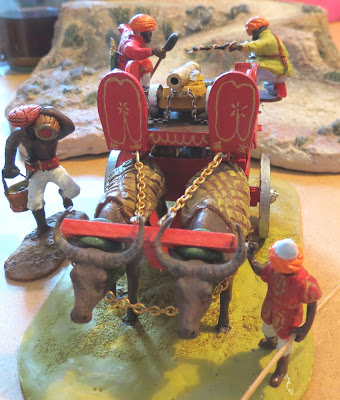 This Maratha gun mounted on an ox wagon was made by modeler Ian Walden who has been converting figures to this period for many years now and only offers them for sale once a year at the PW show. 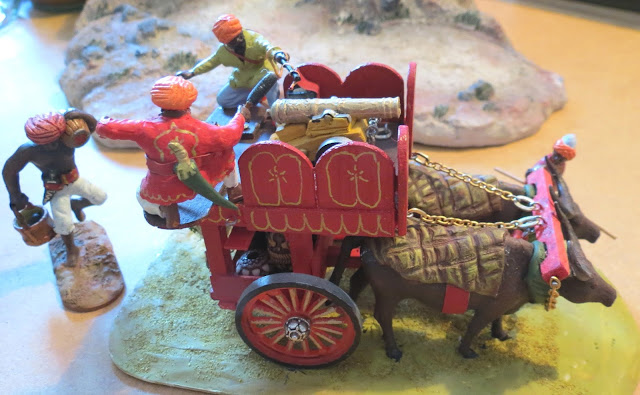 The cart should be pulled by a pair (or more) of Gaur but Ian couldn't find any so these oxen had to step in.  The cart itself was a tourist souvenir of a jaunting car, the gunners are made from the crew of the Britains RNLI lifeboat, the boy leading the cart is from the farm series and the chap running behind the cart with a barrel of powder and bucket of balls was a cheapo China pirate. 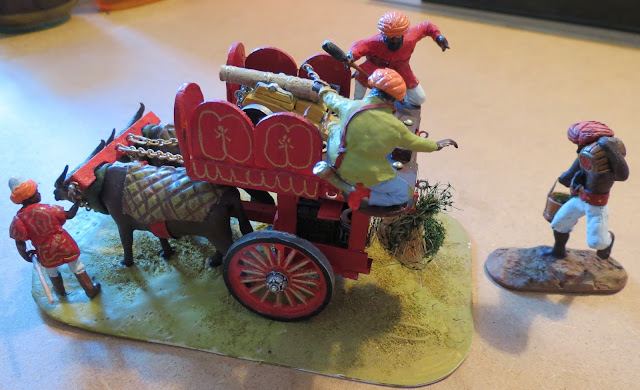 The first year that Ian brought his Maratha figures to the show he had camel mounted gunners and I shied away from buying them because of the price and I've regretted that ever since, so now I don't ask the price I just hand over the cash and take everything he's got. Over the years I have been steadily building up a force of infantry, cavalry and elephant troops, I now have reasonable numbers for a small game, still regret not getting those camels though! 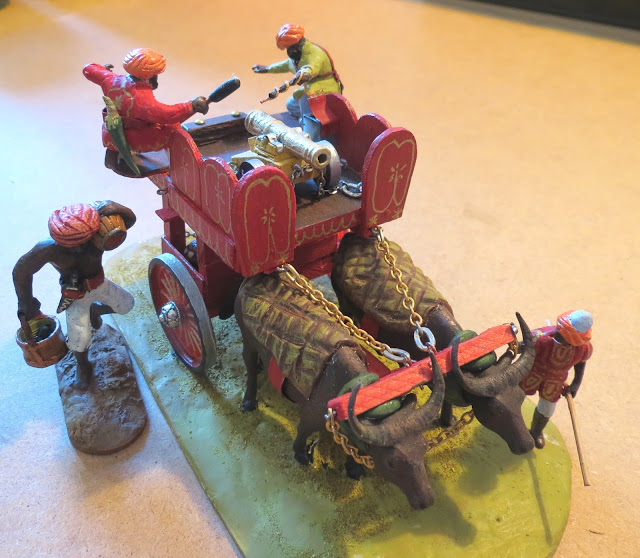 Sadly I learned a few weeks ago that Ian had passed away suddenly and those of us that knew him are still thrown by the loss, he was a great character and one of the most imaginative people I've had the pleasure to know.