I recently unearthed these photos I took a few years back of a rather fine model battleship, it was in the window of a high end antiques gallery just outside Hastings in East Sussex, the place was shut and I wouldn't be able to get back there later so I had to take the pics as best I could through the glass.  The model was about eight feet long (from memory) and I thought it was amazing, but I know nothing else about it.  Does anyone recognise the ship? the four smoke stacks might give a clue, could it have been a shipbuilders model or a film prop?  I have no idea but I thought, if I like it, then maybe someone else will too, and I think it's too good an image to leave forgotten on an old memory card.  Double click the pics to see the detail, it's taken a lot of punishment over the years but not beyond restoration I think. 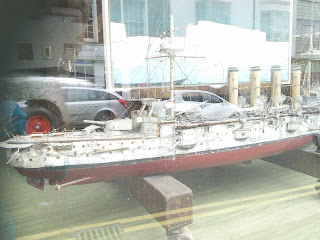 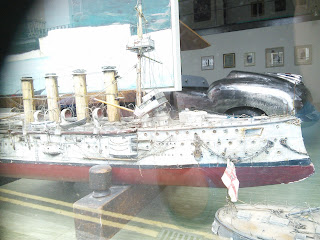 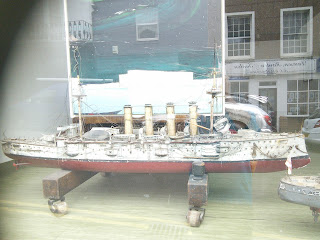 In this pic you can just see the stern of another battleship. 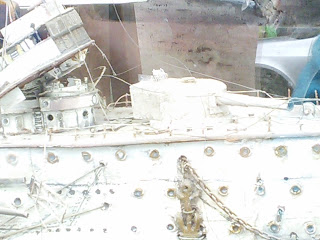 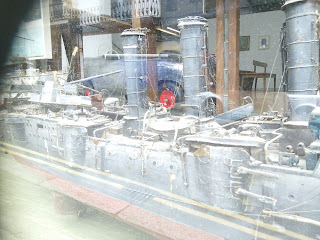 Just to add to the confusion, I think this may be a photo of the second battleship mentioned above. 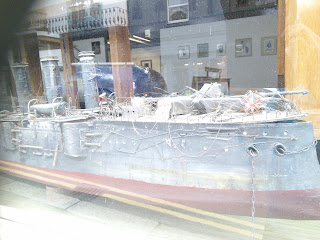 Yes, definitely a second ship, again with four smoke stacks but I think this one was a bit shorter. 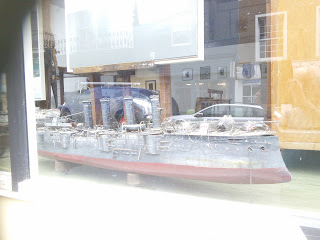 When I look at the damage strewn across the decks of  these old models it makes me ponder on the carnage left in the aftermath of a sea battle between such steel leviathans.