Yesterday saw various members of the Little Wars Revisited Forum gather together in Woking, Surrey for a day of 54mm wargaming. Five different games were played throughout the day, each a different period and rule set, here are the all important pictures: 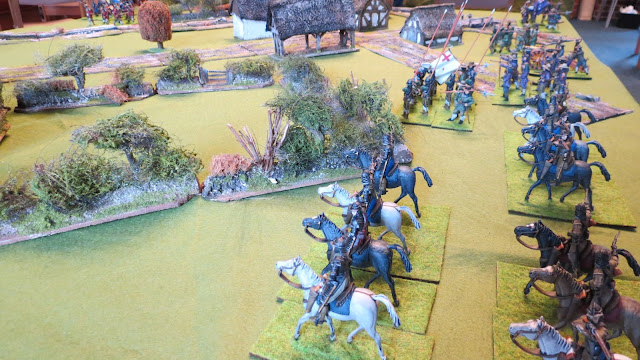 Anthony Morton brought out his English Civil War armies for an airing of the Pikeman's Lament rules written by Daniel Mersey. 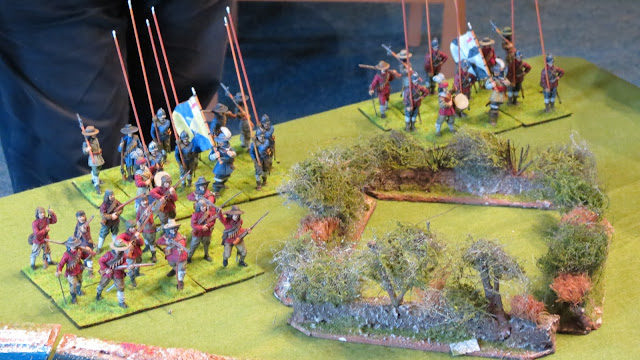 I should have taken more pictures of the terrain and buildings (and I thought I had but apparently not!) which were superb, but as usual I was beguiled by the figures. 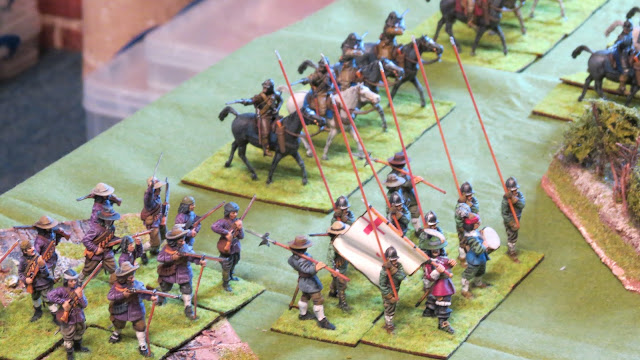 At least this time I remembered to include the cavalry, which I omitted when his collection last graced this blog. 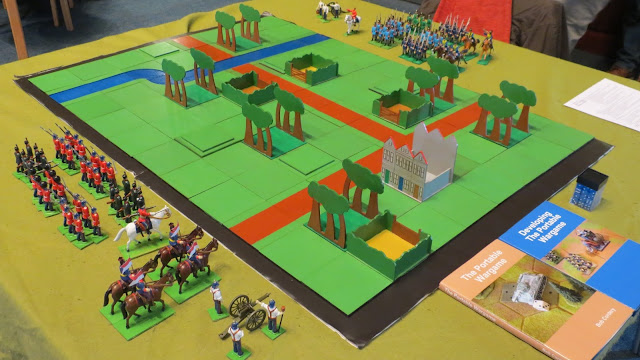 Here we see Bob Cordery's Portable Wargame as presented by Mike Lewis using his Little Wars Revisited range of figures and new modular terrain.  The 54mm Wargames Day was Mike's brainchild and he did all the work, so many thanks Mike (and can we do it again next year?) 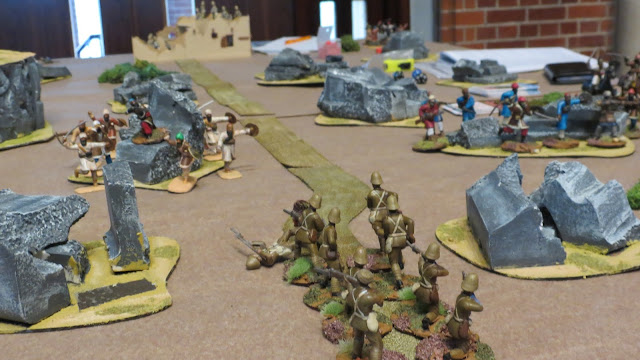 This was the North West Frontier game that I participated in, the rules used were The Sword and the Flame, written by Larry Brom 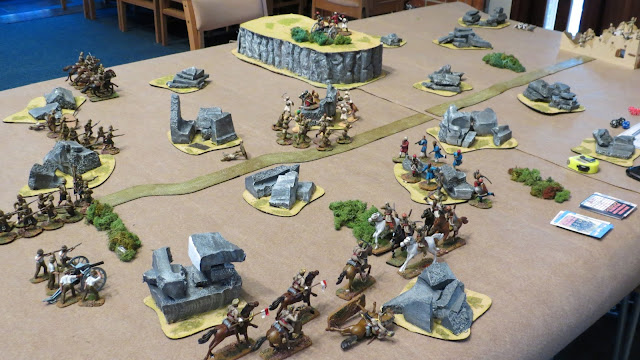 This was my first time using these rules and my thanks go to Alastair (sorry don't know your surname) for patiently steering me through them.  The scenario shows a relief column trying to fight it's way through hostile Pathans to save a beleaguered garrison. 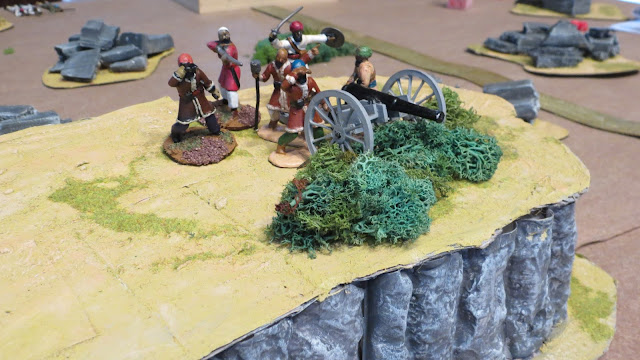 A well sighted Pathan gun plays havoc with the British troops pinned in the rocky landscape.  Again there was great use made of simple terrain pieces to create a visually enjoyable game. 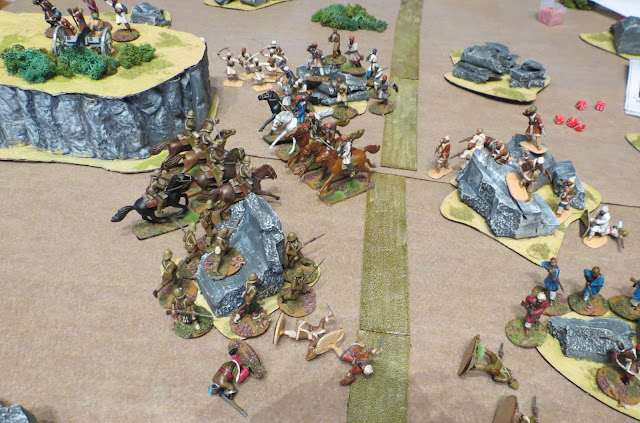 We used activation cards designed specifically for TSATF and available from The Virtual Armchair General which all agreed made the game a lot easier, quicker and more fun to play. 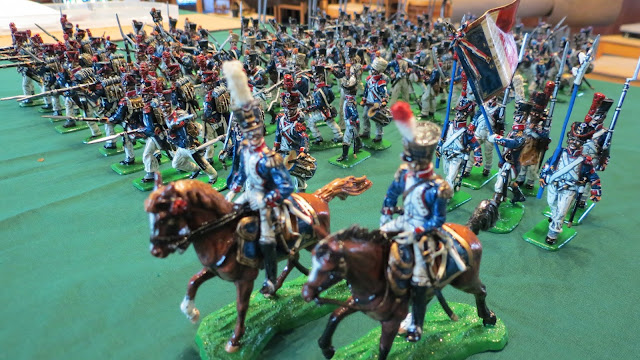 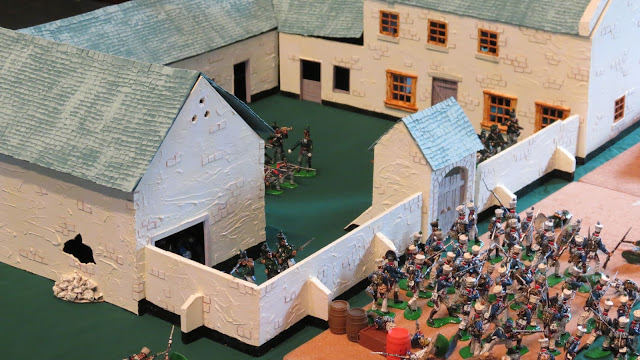 Eric was using his own rule system to refight the action around La Haye Sainte every roof tile has been individually cut and fixed to the the buildings, wish the slates on my house were as well layed. 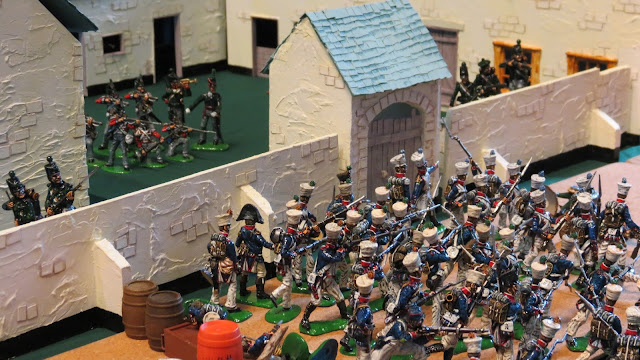 Eric is aiming build up his collection to 1,500 figures for a massive outdoor game at the end of this summer, we wish him luck! 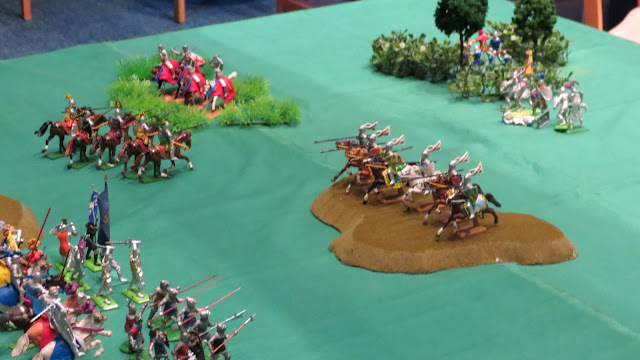 My own humble offering was a pitched battle between the French and English using Lion Rampant rules and my well worn medievals. 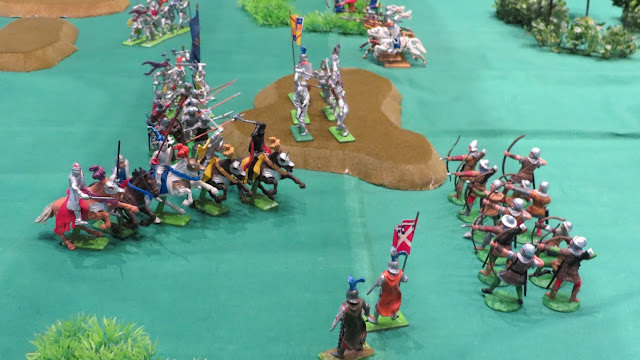 A fast flowing game, helped or hindered, (the jury is still out on this) by a quick reference sheet that I had prepared in advance.  Here the French men at arms are about to serve the coup de grace on the English. 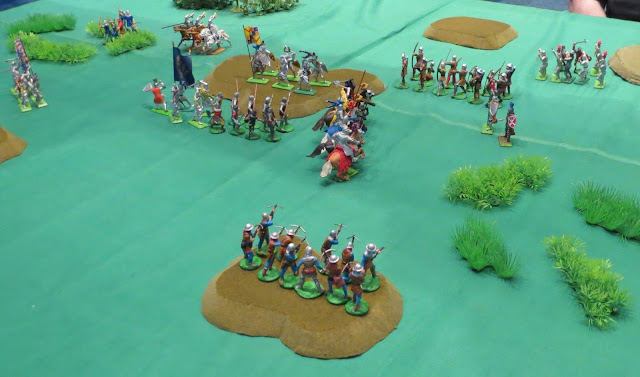 After a long tiring day of playing with toy soldiers I retired home and met Mrs C in our local pub just in time to watch the French trounce the English for a second time in a day, this was a rather more serious matter, it was the 6 Nations rugby match in Paris.