Memoir 44 in 54mm - Battle for Carpiquet

For those that don't know (which included me until a couple of weeks ago), Memoir 44 is the WW2 version of the boardgame Battle Cry, more specifically it's about the campaign in Europe after the D Day landings in Normandy.  The scenario we chose to play was the drive on Carpiquet by the Canadians of 8th Brigade facing 12th SS Panzer Division, Anthony and I have adapted Battle Cry quite successfully to 54mm for the ACW and Zulu wars but how would it fare with WW2? 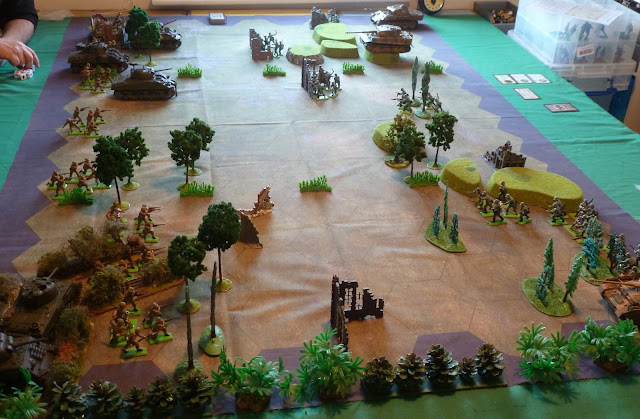 The initial set up, the Canadians have five armoured and eight infantry units, The Germans have three armoured (two of which are elite) and seven infantry units all in well prepared defensive positions.  The Canadians objective, the village of Carpiquet, is on the right hand baseline, half way up the table nestling behind the hills and woods. 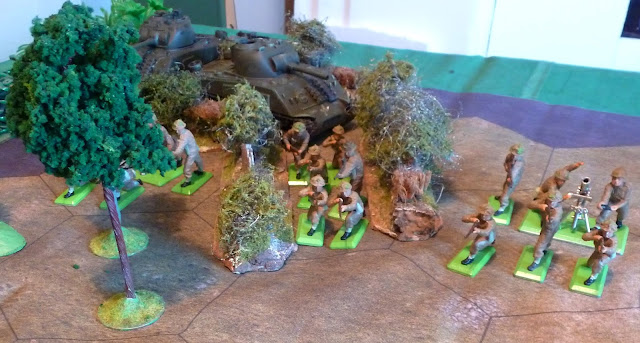 Canadian infantry advance, probing the way for their armour. 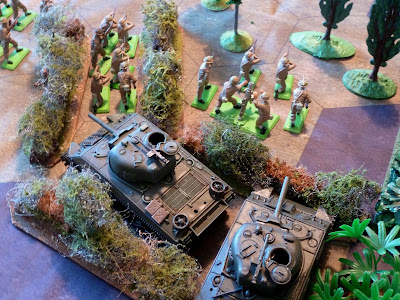 On the Allied right, the Sherman tanks of the Sherbrooke Fusiliers rumble through the winding Normandy bocage...... 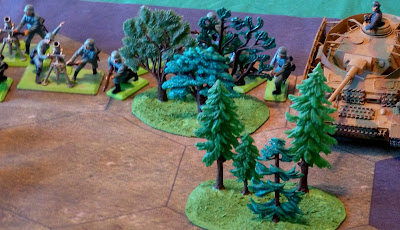 ......while the Panzer Grenadiers are dug in waiting for them. 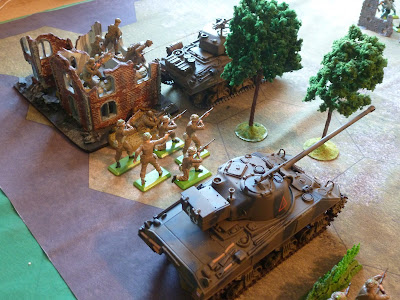 On the Allied left the Canadians begin clearing the small villages of their defenders. 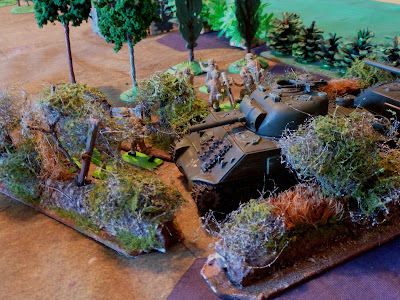 The seemingly endless grind through the bocage. 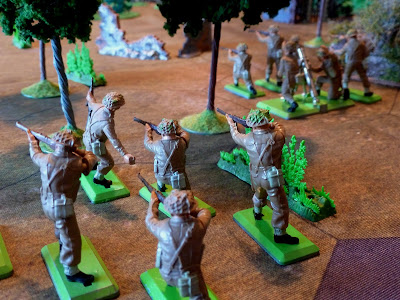 In the centre the Canadians make better going as the land opens to rolling fields. 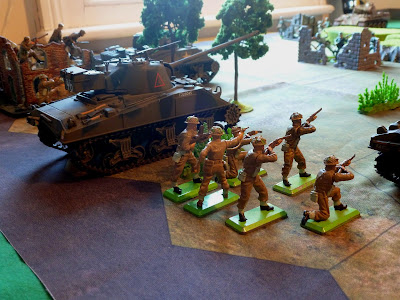 The mat and toys were all Anthony's, infantry units are represented by six figures and armour by a single tank. 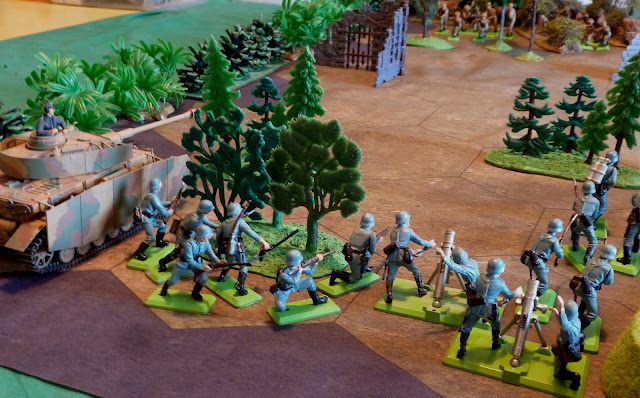 The mortar units look impressive, for the purpose of this game they count the same as any other infantry unit.

More tomorrow, or the day after, perhaps.