Not Quite Victorious Army

But I'm sure they will be when they eventually get onto the table for a game!

For some time now I've been building up a generic Chinese army, I'm not sure why and I can't remember how it started, perhaps I just like the colours.  And the flags, the flags are great.  Anyway, there is no grand plan, I just bang out another unit every now and then when an idea comes to me, it's quite therapeutic, doing something different.  Here's what I've got so far: 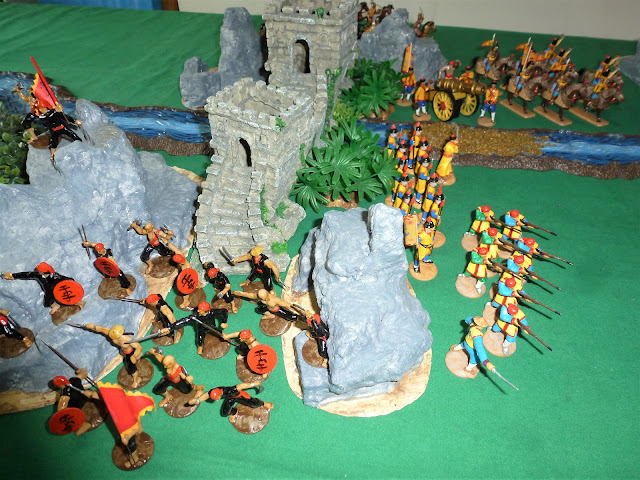 When I call them generic what I have in mind is that they will be used as an opposition in a Colonial scenario or possibly in the "Back of Beyond" or even at a stretch against Samurai. 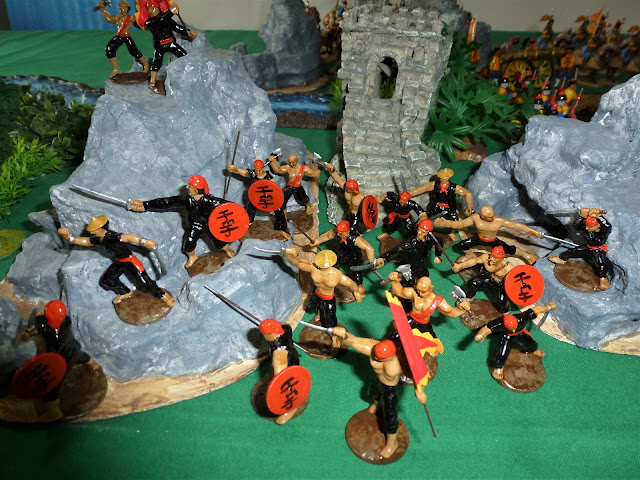 These irregulars in black pyjamas and red bandanas are based on the Vietnamese Pavilion Noirs, mostly made from Hing Fat and other pirate figures, some have been given shields from wooden disks, others have Chinese heads (from Dorset Model Soldiers) just to give a bit of variety. 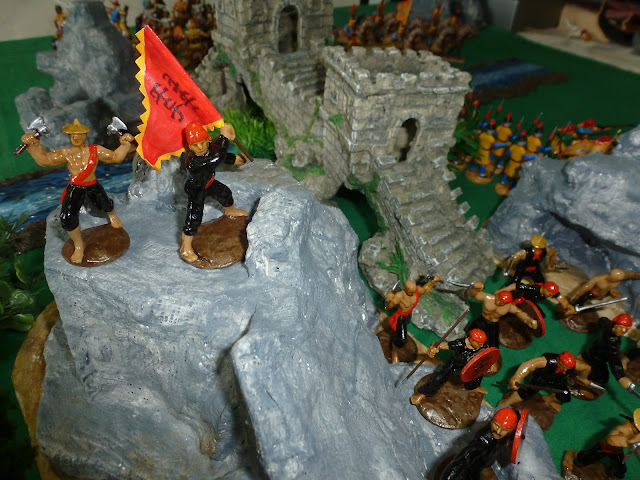 The flag has been cut out using pinking shears to give it a scalloped edge.  The inscription means something but I can't remember what, hopefully nothing rude. 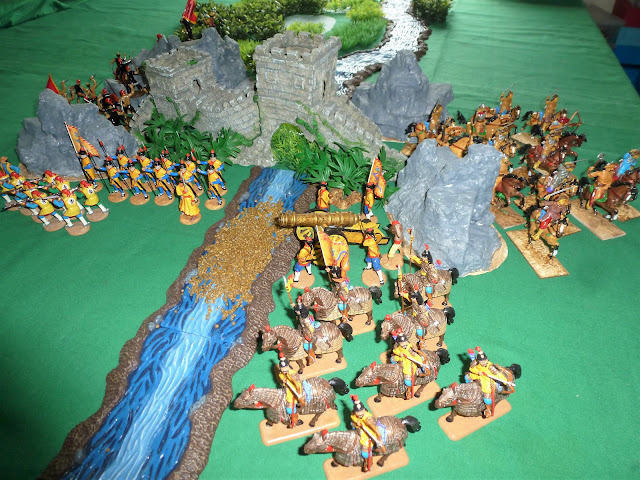 Imperial Infantry, Artillery and Cavalry in the centre, irregular horse on the flank. 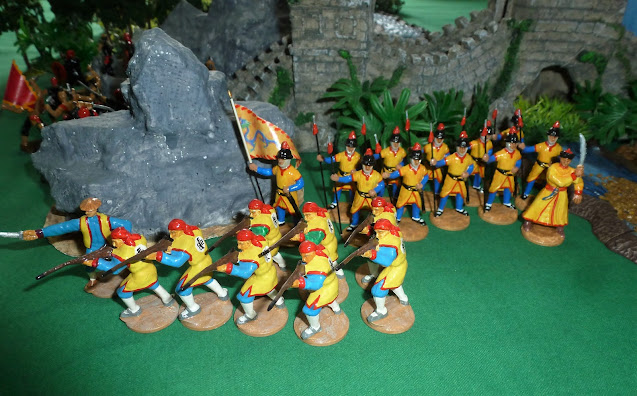 The matchlock men are more Hing Fat pirates, their tunics extended with plasticene, otherwise just a paint job.  The spearmen are medieval knights, made in China, which are currently available everywhere, and very useful they are too.  For a more Quing period look they've been given plumes on their helmets and replacement spears from metal rod with tassels added. 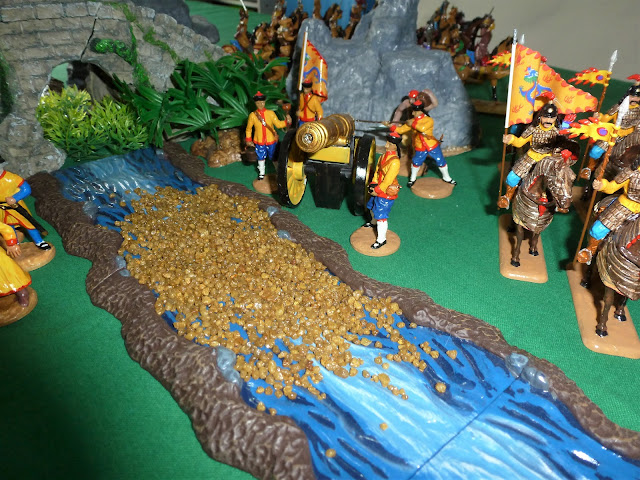 The cannon started life as a table cigarette lighter, it looked sufficiently gaudy for the job and just need a spruce of paint.  The crew have been given Mandarin hat heads (Dorset Models again). 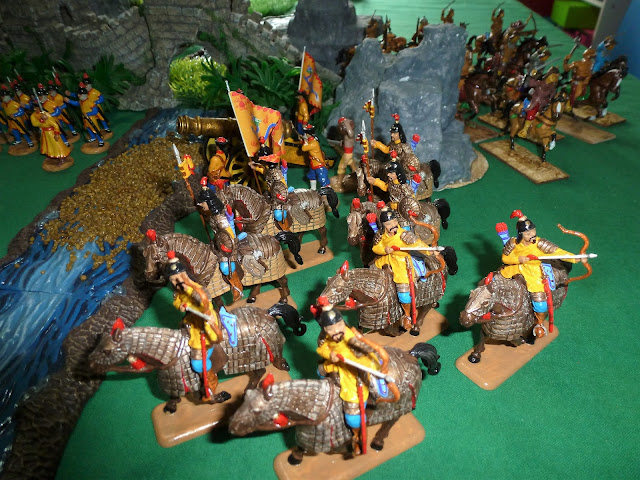 The Imperial Cavalry started life and Italieri Mongols, the flags I found on the internet and just played around with them in Publisher. 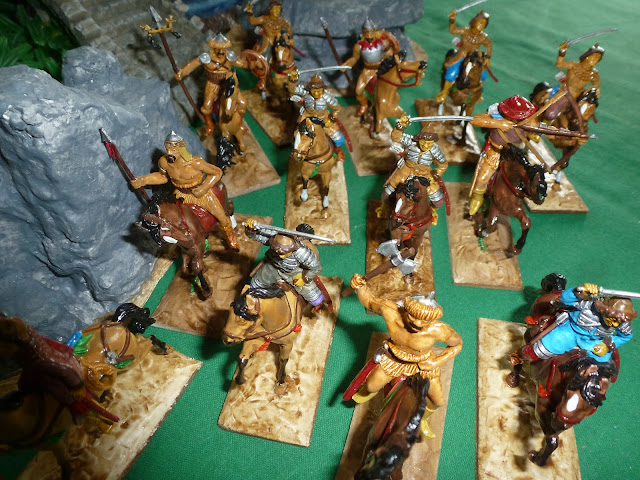 The irregular Cavalry are the remains of the Italieri Mongols padded out with some Huns made in Spain by Jecsan. 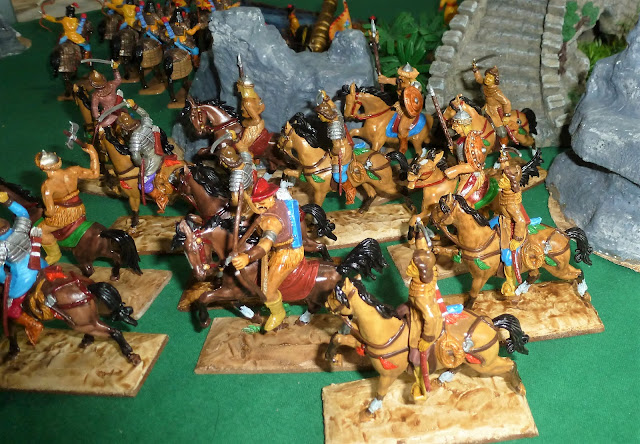 More of the irregular Cavalry.
Posted by Brian Carrick at 10:45