More of the new display

I've been wondering which figures to display on the extra shelves I added to my IKEA display cabinet, this is what I've come up with so far: 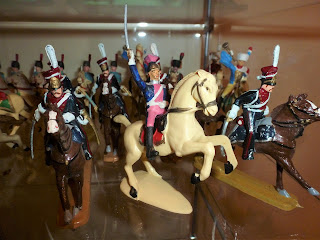 Some Polish Lancers, the officer in the centre made in France by JIM, the troopers around him made in Poland by PZG (the Polish Association of the Deaf), beautiful figures destined to remain in the cabinet and not risk the rigours of the wargame table. 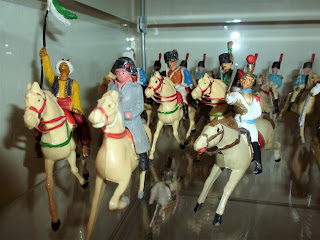 The Corsican Ogre himself, made by Cyrnos, the Mamelouk standard bearer made by JIM as are the Carabinier and Hussars behind them. 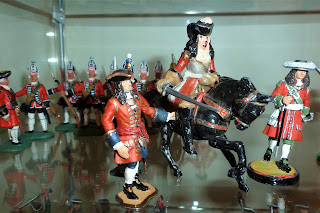 The Duke of Marlborough, mounted by Cherilea and on foot made by Tradition, the Grenadiers in the background are repainted Cavendish figures. 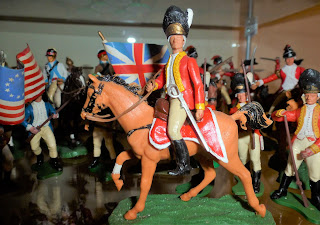 A hotchpotch of American Revolution figures, many converted from old Britains swoppets and Helmet kits parts by Denis Donovan and Gareth Lloyd, who have established an enviable reputation for such work.
Posted by Brian Carrick at 06:14