Back in June I had an email from Jeff Chorney of the "For Honours Sake" blog to say that he was getting out of wargaming and would I like his collection of 54mm figures.  "Well of course I would but are your sure?" I asked.  Jeff explained that he had too many hobby projects on the go and needed to focus elsewhere, I guess we can all relate to that, so for just the cost of the postage I was please to take delivery of the following: 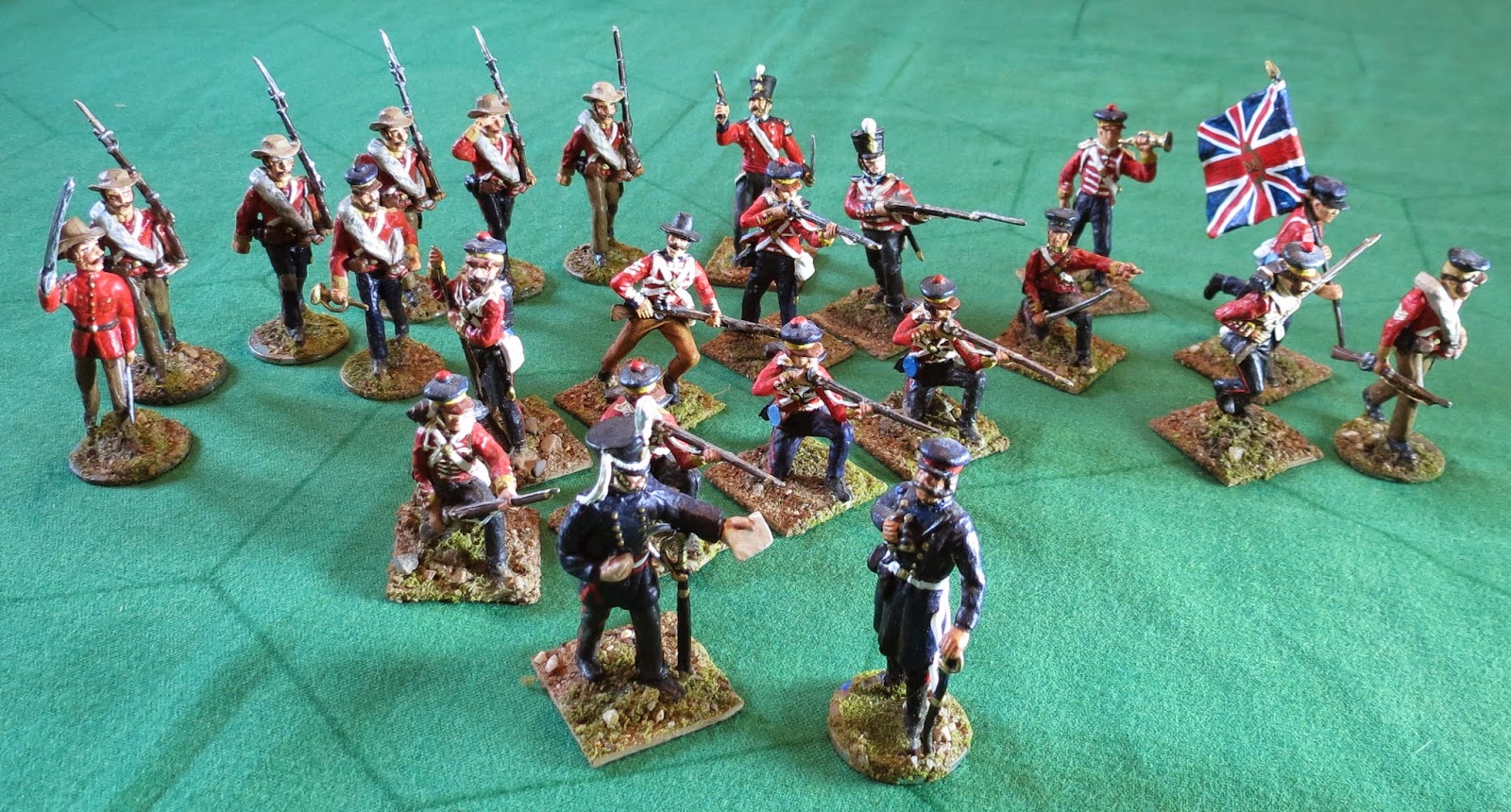 Possibly more than one unit here.  The numbering on the Union flag (XXVII) leads me to surmise that at least some of them represent the 27th (Inniskiling) Regiment of Foot but don't hold me to that.  I foresee these turning up in Crimean and Sepoy Mutiny scenarios that I've been mulling over recently.  I particularly like the staff officers in the foreground. 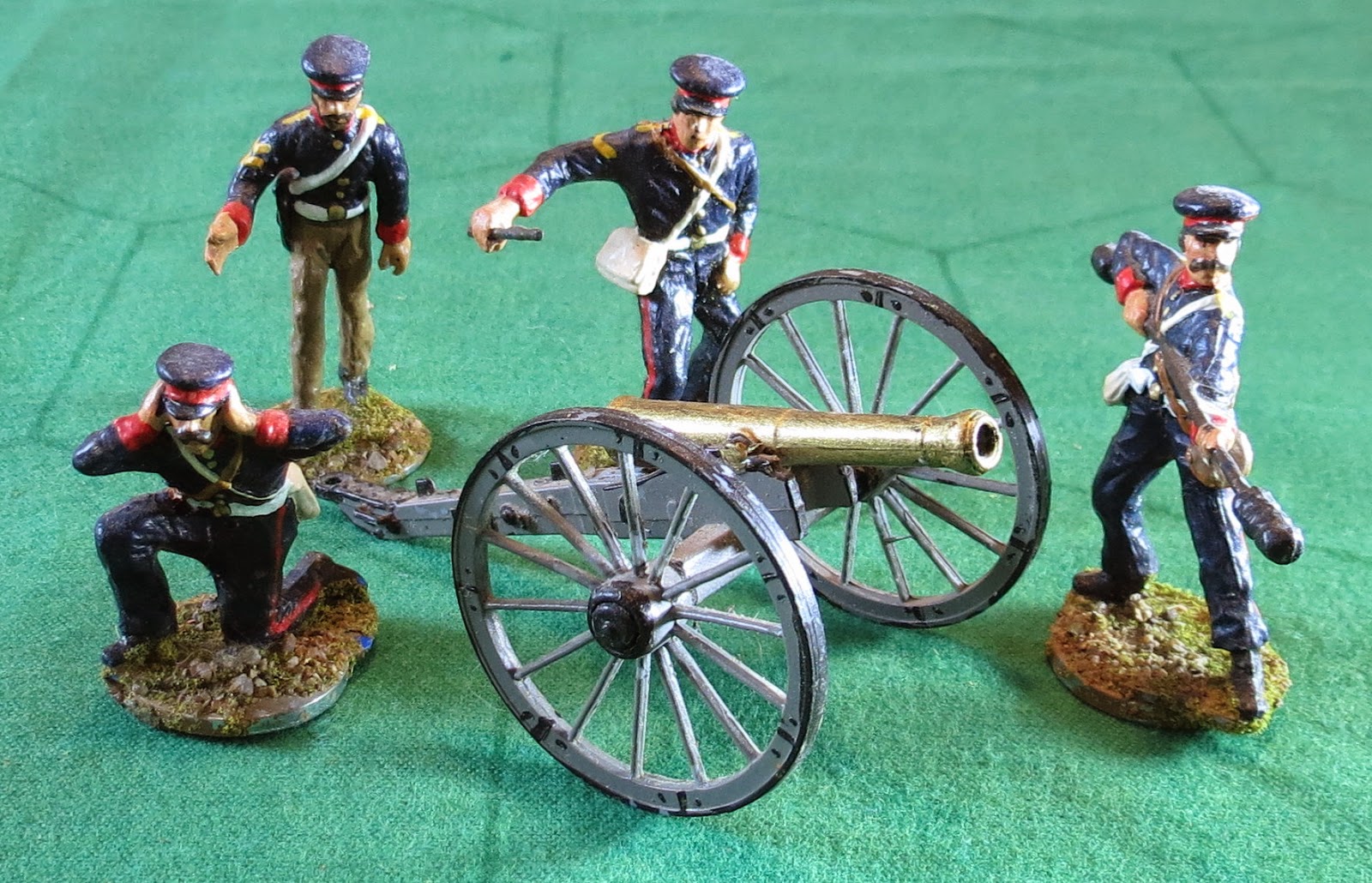 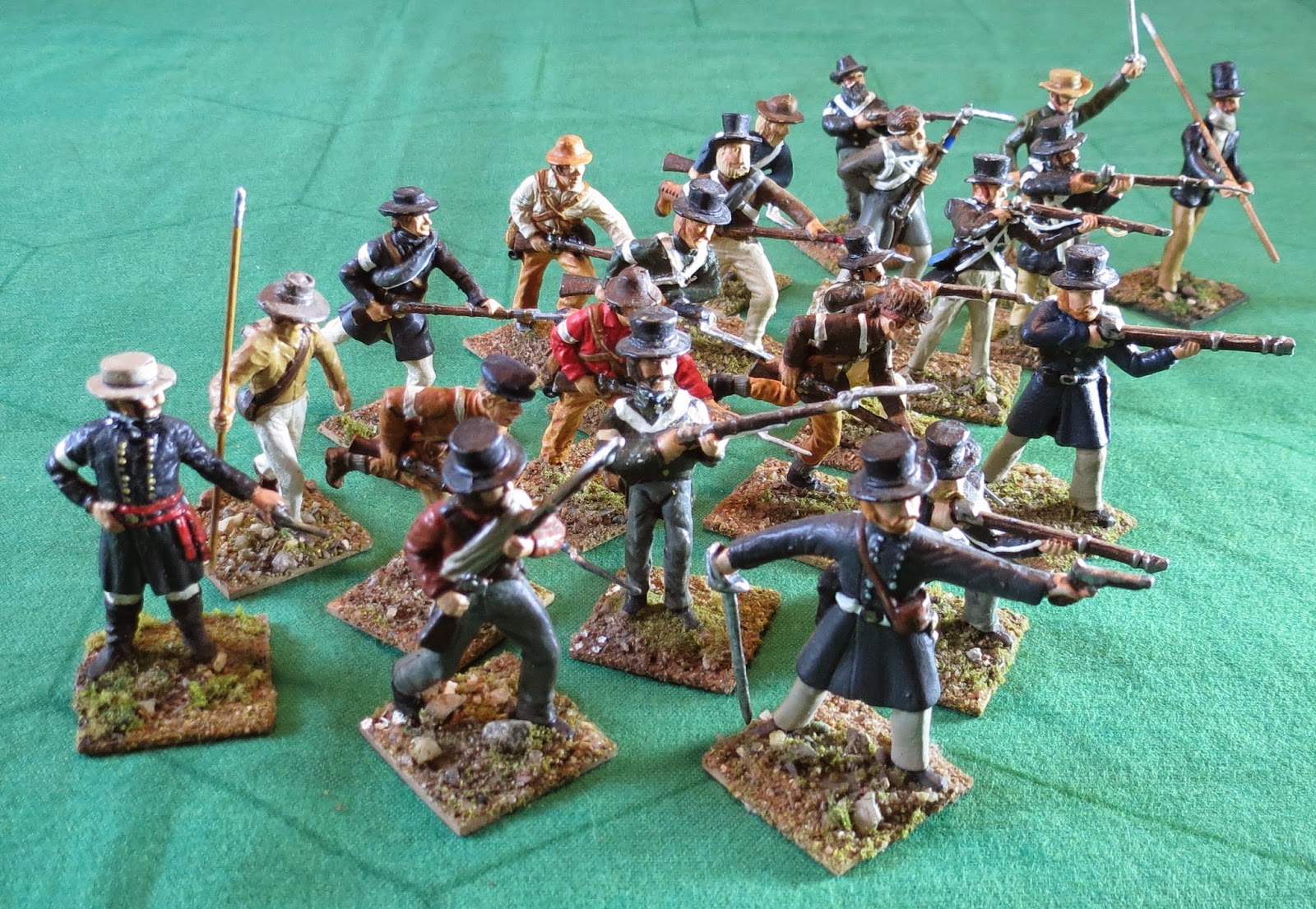 I'm guessing that these chaps in top hats and variously armed are the Fenian Brotherhood or some such other rebels.

These chaps have me foxed, green tunics with yellow facings and dark grey trousers, does anyone out there have any ideas who they are meant to be? 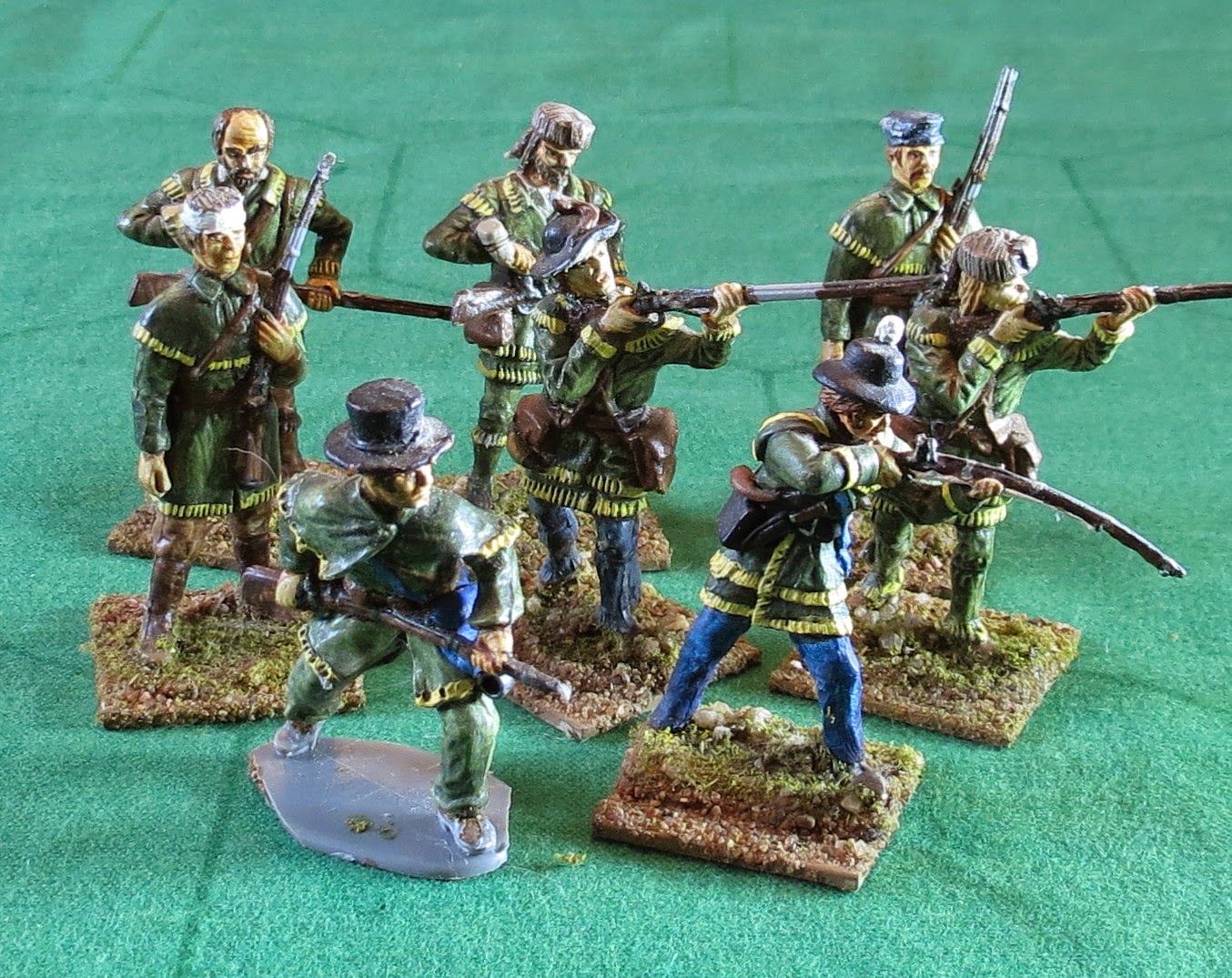 And finally some local militia, no prizes for guessing the original figures they were made from but it's interesting to see the variety that can be achieved with little more than a head change and how a uniform painting scheme can make diverse figures look like a cohesive unit.


There is more but these are the units that I'm struggling to identify.  Jeff told me they represented the Fenian raids in Canada and the War of 1812, and were the work of Ross Macfarlane so I'm hoping to get a bit more background on them.  I was sad to hear that Jeff was leaving wargaming and closing down his blog but I'm grateful for his generous gift and at least I can assure him that they have found a good home where they will see plenty of table top action!

Oh, and my apologies for the rather naff title of this post.
Posted by Brian Carrick at 16:02