Will the real Mr Churchill please stand up?

I've had these three little chaps tucked away for a very long time, they came to me as "extras" in a collection of early composition I bought at auction many moons ago and they've lain undisturbed until the latest round of my never ending tidy-up. 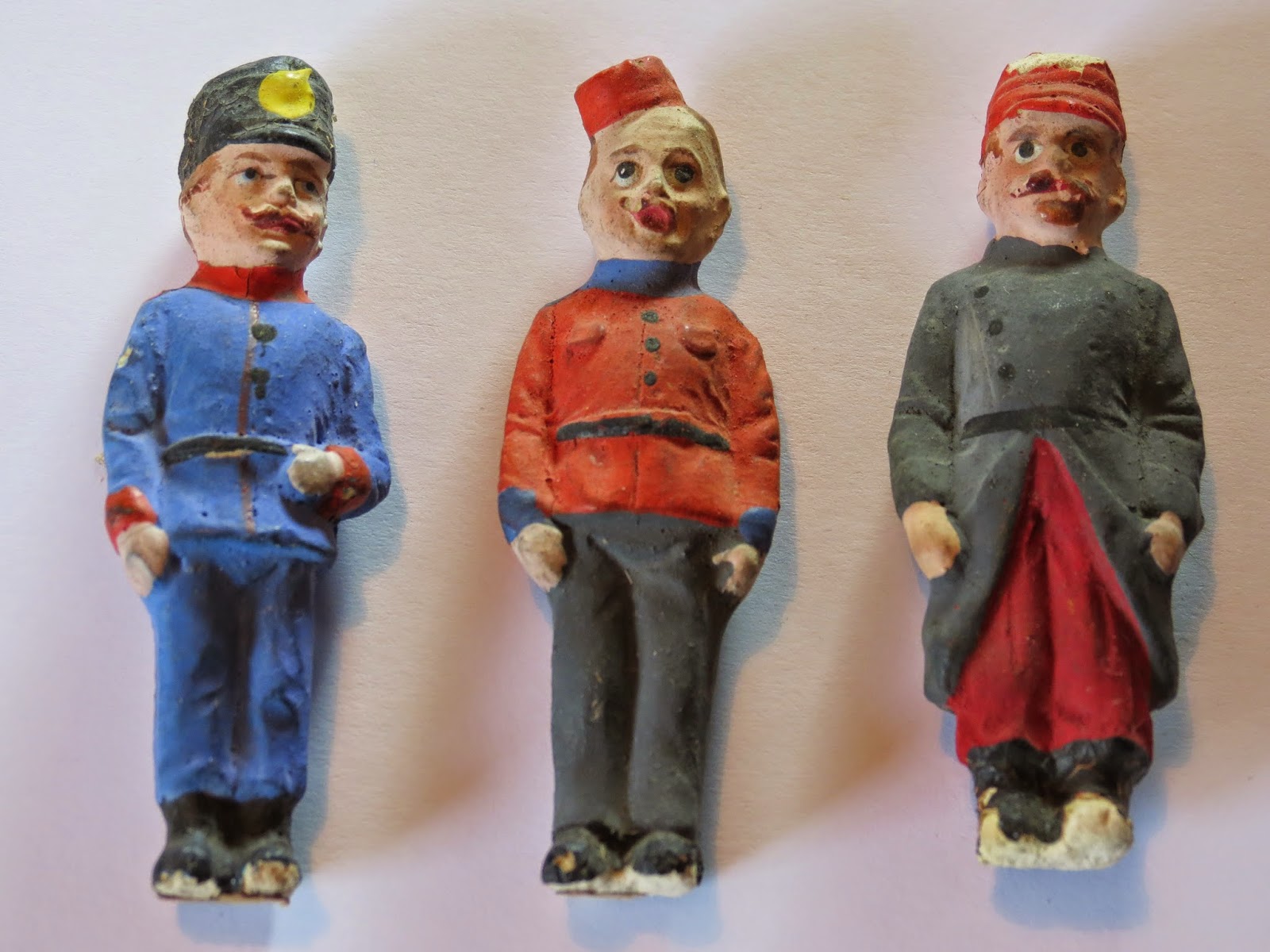 I've never seen their like before and don't know who made them, anyone out there got any ideas?  They stand about 60mm and are made of a plaster material, similar but not as dense as the figures made in France by Bon Dufour.  They look to be caricatures and have indents in their backs that suggests they may have had a pin to be worn as some sort of broach (although they seem rather large for that) or perhaps they were pieces for a toy theatre, who knows?

I took them along to a recent collectors show where one of the German dealers remarked that the first one looked like Kaiser Wilhelm II in pre Great War Landwehr uniform with tschako.  The middle one reminded me of the well known photo of Winston Churchill standing alone after he'd been captured by the Boers, but of course the uniform is all wrong for that.  The Poilu on the end had us foxed, any ideas anyone?

I have recently been suffering from "the tyranny of the blog", a change in circumstances caused me to stop posting for a short while and then I found it very difficult to get back into it, the longer this went on the harder I found it to put fingers to keyboard.  I'm sure all bloggers get this at some time, there has been lots to report in the interim, shows, new toy soldier books and magazines, acquisitions and figure conversions, new projects started (then abandoned) but sadly not much in the way of gaming.  So this post is a sort of gentle slip back into the blogosphere.  I think going forward there may be more pictures and less text here, that's more the sort of person I am.