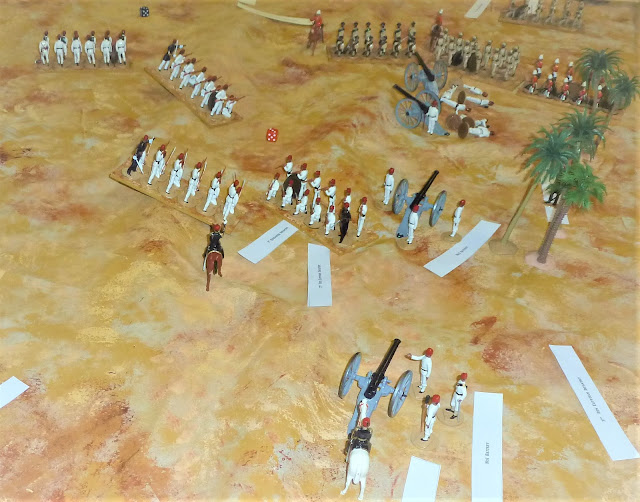 The table was laid out for the Battle of Tell el Kebir, a good choice for a display game as it needs very little terrain (important if you're the one transporting the stuff) and the two sides are easily identifiable, Egyptians are in white, Brits are not.  I don't know the purpose of the bits of paper dotted all over the place but this sort of clutter on the table is a pet hate of mine. 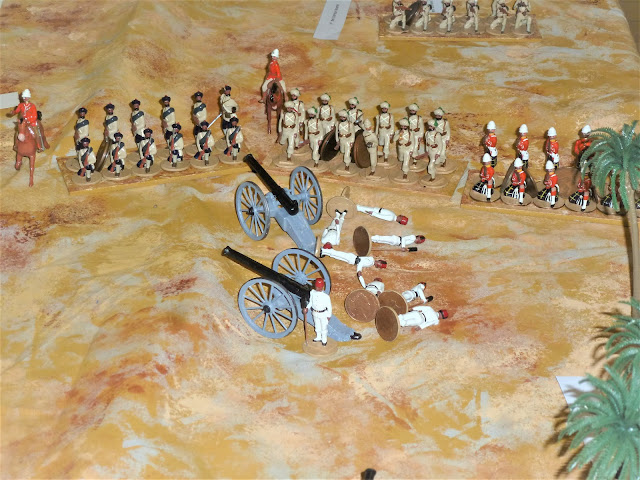 Nice to see that I'm not the only person who resorts to mounting toy soldiers on 2p pieces!  Cavalry are mounted on lengths of transparent Perspex which are all but invisible, I was very impressed with the table mat which appeared to be just hand painted cloth but executed so much better than my own efforts. 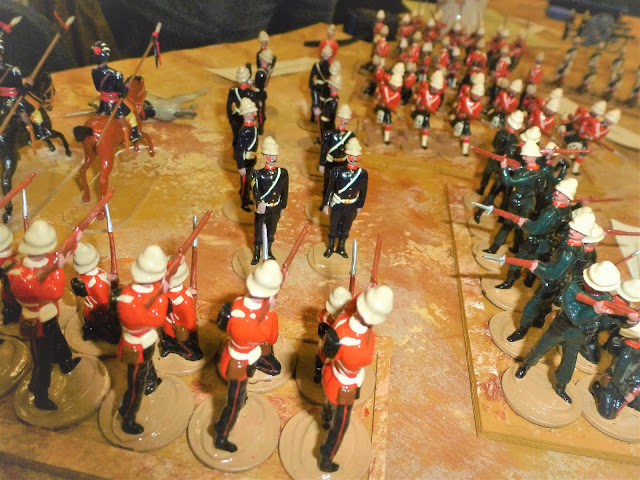 I was told that the rules being used had been written by James Opie, based on Wells' Little Wars but with some modern twists (no matchstick firing cannon!).  It's nice to see a display wargame returning to the London Show but I do still miss the old Skirmish Wargames Group games.

James Opie was on hand at the nearby stand for C&T Auctions and was joined by Luigi Toiati who was promoting his new book "The History of Toy Soldiers".  Regulars at the London Show in the late 1980's and early 90's will remember the affable Luigi as the man behind Garibaldi Toy Soldiers, I've had his book for a while now but haven't had time to read through it (pictures look nice though) so a review will have to wait a bit longer.

In the meantime James and Luigi were promoting another new book "La dinastia degli Antonini a Roma" which is a privately printed history of three generations of  the Antonini family who have been making toy soldiers in Rome, their FIGIR composition figures are well known but not their lead creations so I've written to Santa for a copy, but as my emails to Rome haven't been acknowledged I'm not confident it will get here by Christmas!