This trumpeter comes from a set of Winged Hussars, not surprisingly made in Poland, and invariably attributed to the manufacturer PZG.  The figure has been gilded and was originally mounted on a plinth to be sold as an ornament or tourist item.  It's part of a range that I assume was inspired by the Siege of Vienna as it includes a personality figure of King Jan Sobieski, Winged Hussar, Dragoon, Standard Bearer, Kettle Drummer and Trumpeter. 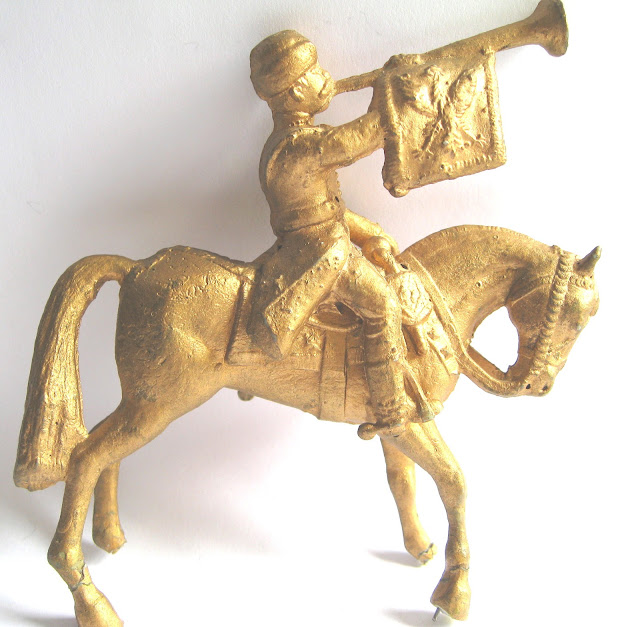 PZG is the Polski Zwiazek Gluchych (Polish Associaton of the Deaf) which ran workshops producing all manner of goods to provide employment for people with hearing disability.  Founded in 1946, the Association is still going strong today and during the Communist era produced various ranges of toy soldiers.  These days collectors tend to label all Polish made plastic figures as PZG, even though very few are actually marked as such, due to the dearth of information on who manufactured them. 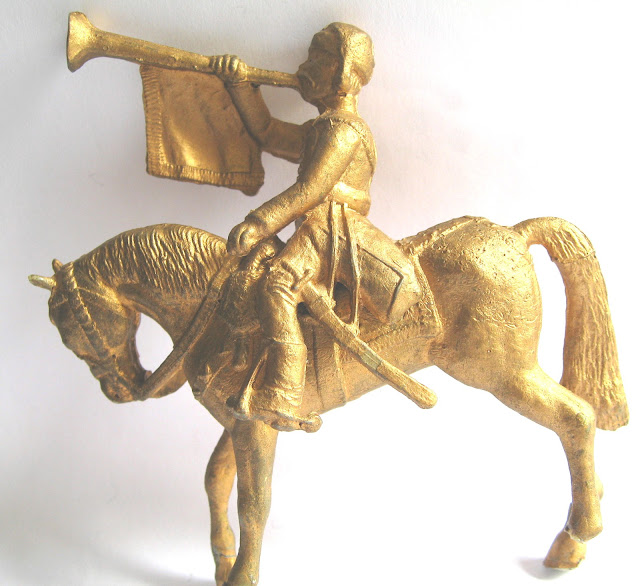 The elegantly sculpted horse has damage to a couple of his legs from where he was prised off the original plinth, another project in the queue is to repair, rebase and repaint him, perhaps I'll actually get around to doing it next year.  To get an idea of what he should look like when painted up take a look at Eric's Blog here.
Posted by Brian Carrick at 12:35