A Crimean One Hour Wargame.

A few  weeks ago we decided to hold an impromptu socially distanced game before the Powers that Be extended the lockdown to prohibit meetings of more than one household again.  These are strange times. The 2 metre wide table and a few other simple measures ensured that proper social distancing was observed, it's not difficult when there's a will and common sense prevails.

Scenario One, Pitched Battle, was selected from OHW and toys suitable to the Crimean War were quickly garnered together.  The scenario called for a minimal terrain, the British drew units of infantry, skirmishers and cavalry while the Russians were favoured with infantry, cavalry and artillery!  Here's how it went: 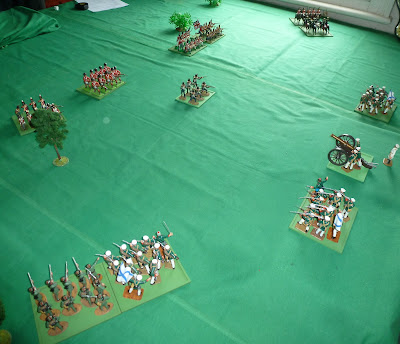 Without any artillery the Brits had little option other than to pitch straight into the attack before the Russian guns ground them down.  "Into the Valley etc. etc." 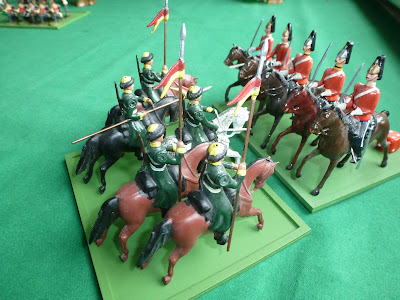 Threatened on the flank, the Cossacks charge home but are bounced off by the doughty Dragoons of the Heavy Brigade, an immediate counter attack sees the Cossacks dispersed and routed. 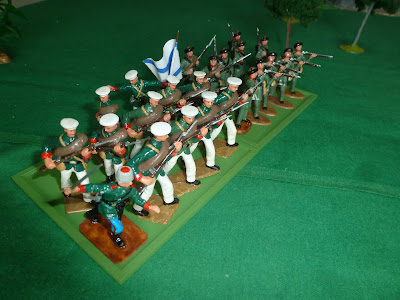 Russian regular Infantry and Rifles wheel about to enfilade the advancing British line, they deliver a devastating volley that shatters a Regiment on the English right. 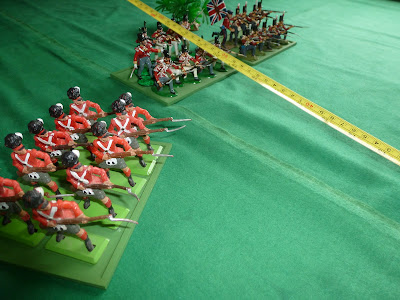 The thin red line holds and delivers it's own volley, both sides are now taking punishment and the British skirmishers have been brushed aside.  Here the British deploy their long range measuring tape. 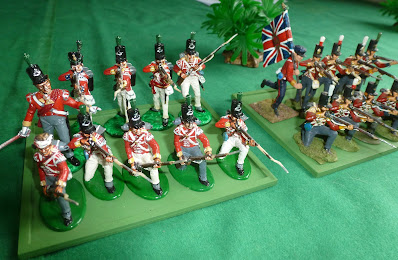 The Battle began to pivot as the British faltered on their left but made gains on the right, at this point honours were even and it was still anybody's game. 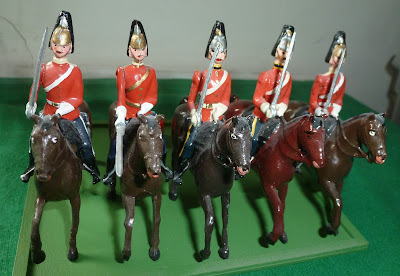 Having seen off the Cossacks the redoubtable Dragoons followed through and rode down a Regiment of Infantry, only to flounder beneath the Russian guns on the ridge.  The withering Russian fire now began to tell and the British attack ground to a halt.
The game lasted 8 moves, probably the quickest we've played, usually we go the full 15 rounds, but at least we got a game in, it was good to see toy soldiers back on the table and who knows when the next game will be?
Posted by Brian Carrick at 14:59