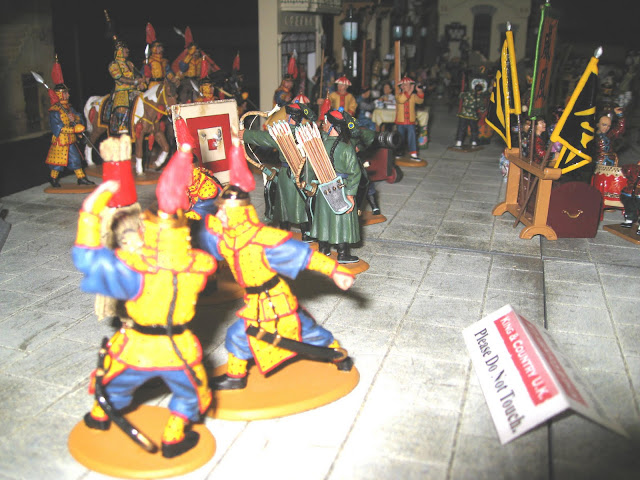 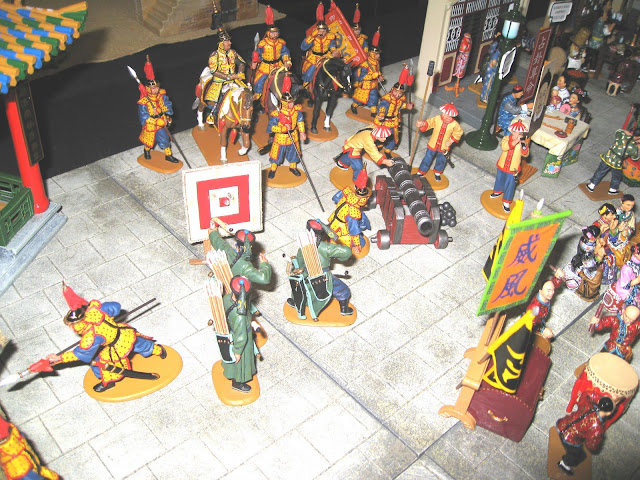 The King & Country Toy Soldier Company who sponsor the London Toy Soldier Show display their wares in a series of stunning doramas, the two pics above show their "Streets of Hong Kong" range. I don't collect K&C but if I did it would probably be this particular range just for the colour and vibrancy that they bring. 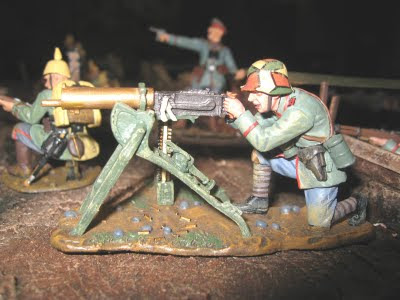 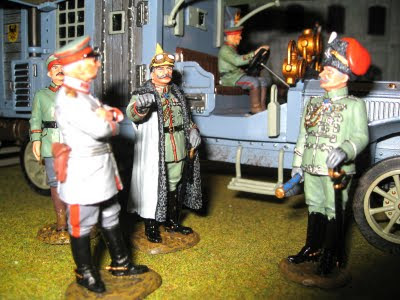 The two pics aboove are some of K&C's WW1 series, a rather nice late war machine gunner and a vignette of the German General Staff, the Kaiser in the middle and Von Mackensen on the right.