Funny Little Wars at the Siege of Westmalle-Trapiste

With the weather in the old country turning pleasantly mild the Campaign season opened early and sees the Pragmatic army stealing a march to fall upon the unsuspecting Frederickians in the well appointed town of Westmalle-Trapiste. 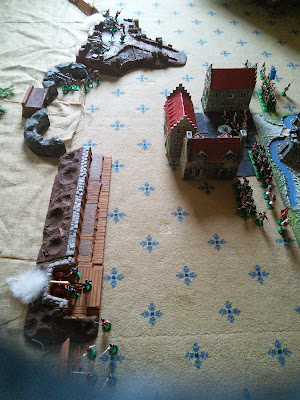 The Citadel and town with it's outlaying earthworks, this is the City Bastion, to the north is the St Nicholas Bastion and to the south the New Works.  The approach of the Pragmatic army has been reported by a mounted patrol, the pickets have been pulled in and the garrison beaten to quarters. 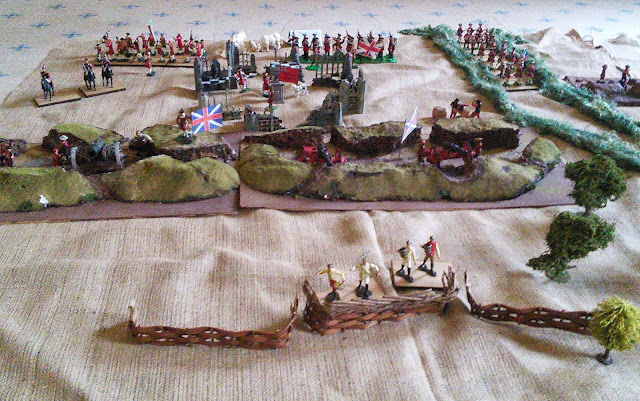 The attackers range across the countryside, setting up camp and commandeering livestock, they quickly establish several batteries and commence the work of driving saps towards the enemy earthworks. 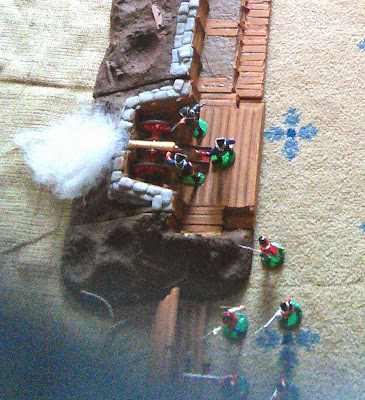 A steady cannonading from the defenders slows the progress of the saps and the attrition takes it's daily toll of the attackers, reducing the odds for when the final assault must surely come. 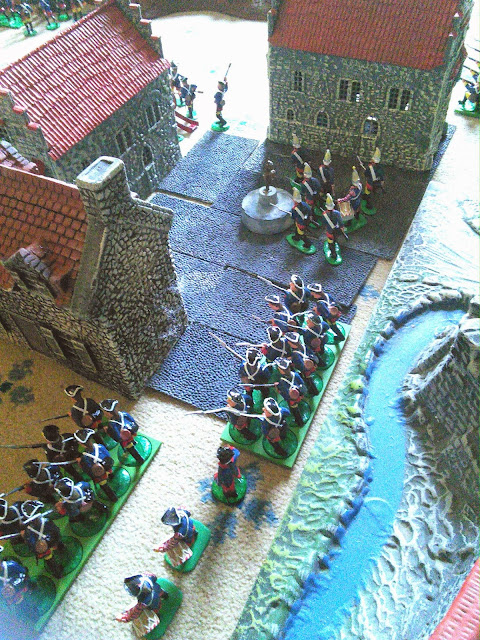 While the outer works are thinly held during the bombardment a strong reserve has been held back to counter attack any breach in the lines. 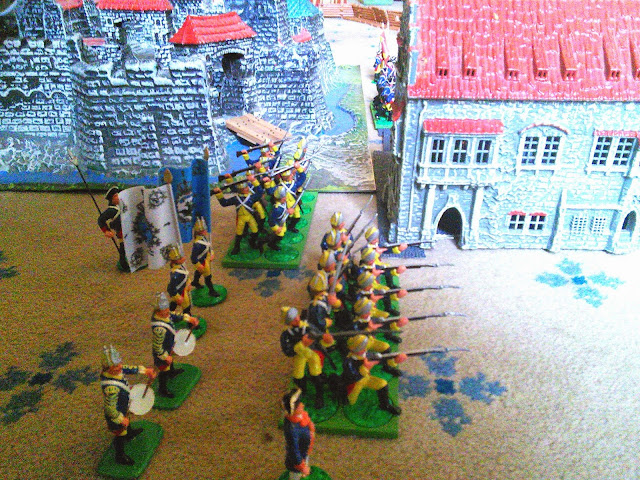 The Citadel of Westmalle-Trapiste is a stronghold but the outer works are too long a perimeter for the limited number of defenders to hold in strength. 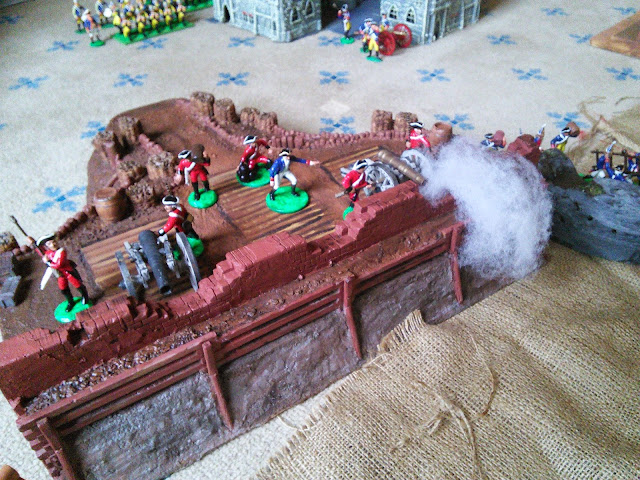 The strong City Bastion is the bulwark of the defence. 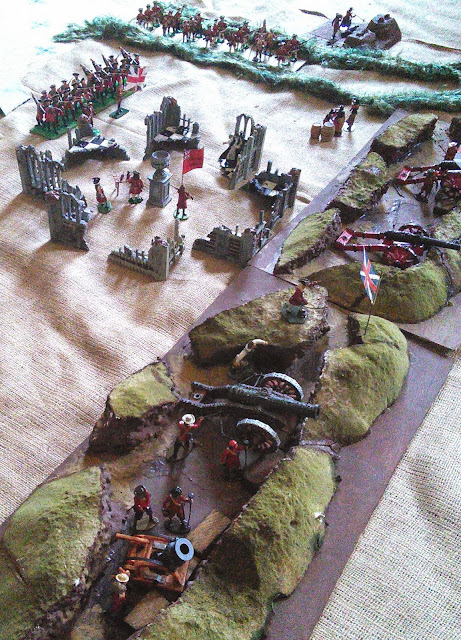 While the heavy guns of the siege train pound away at the defences engineers just beyond the ruins begin tunnelling to sink a mine beneath the City Bastion. 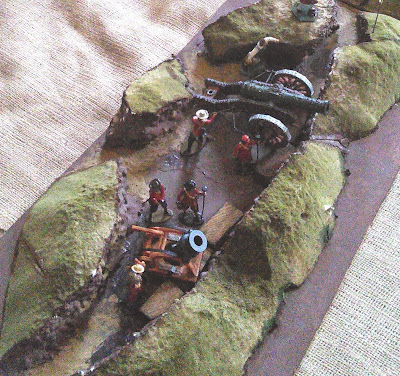 The siege lines are a hive of activity as troops are moved up for the Grand Assault. 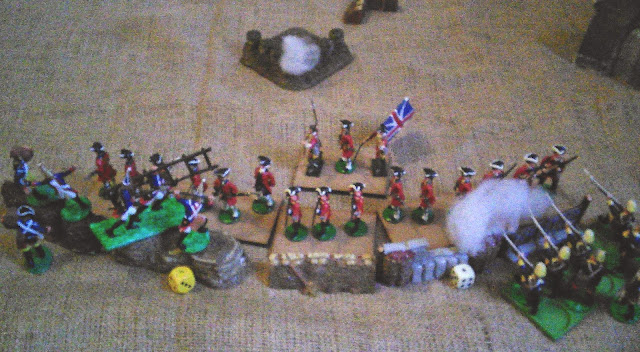 Both sides sense that their work is coming to a conclusion now, attrition has taken it's toll on both sides and the final effort must be close at hand.  At dusk the defenders carry out a pre-emptive sortie to destroy the Pragmatic sap before the St. Nicholas Bastion 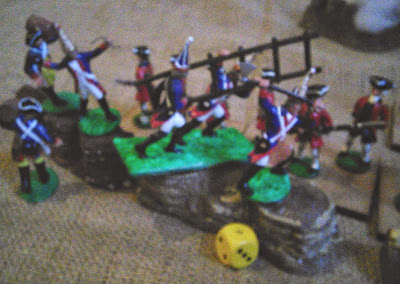 The storming party clamber over the damaged earthworks and wreak havoc with their grenadoes.  Just when the trench has been secured, the earth is rocked and the air rent by the sound of tumultuous explosions as mines and counter-mines are blown simultaneously. 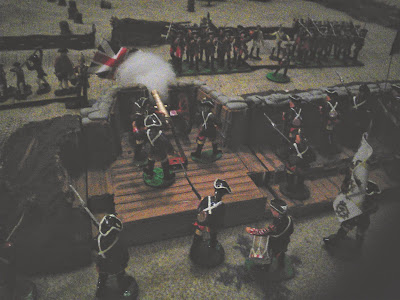 The defenders have sunk counter-mines and after several attempts they can hear the unmistakable scraping of enemy diggers tunnelling towards them.  Mines and counter-mines are exploded at the City Bastion but they have all run short and are ineffective, to the north a mine breaches the works at the St Nicholas Bastion ....... and the assault goes in. 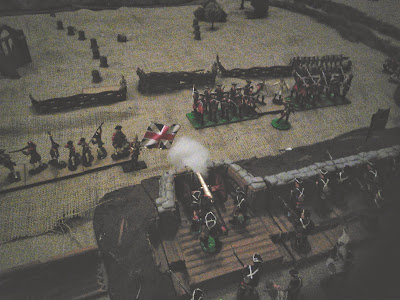 When the dust had settled the attackers were held before the City Bastion but stormed through the breach in the weakly held St Nicholas works, whereupon the opposing commanders presented their compliments to one another and retired to discuss terms over a good dinner.

Sadly the engravings shown here are of poor quality due to my archivist being supplied with inferior opticals, finer illustrations and a full narrative is provided by their worships over on the Vauban and Shandy blog