In the days before Osprey books, illustrations of military uniforms were fairly sparse on the ground, but a reliable source was found in the plethora of cigarette cards which every schoolboy would cadge from adults as they emerged from the tobacconists and prised open a new pack.  So prolific was this practice that cigarette cards became a currency to be swapped in the playground for every conceivable commodity, marbles, sweets, etc.   My favourite set was "Uniforms of the Territorial Army" issued by John Player & Sons in 1939, but there were plenty of others to search for.  What I didn't know back then was that there had been Toy Soldiers given away with packs of cigarettes: 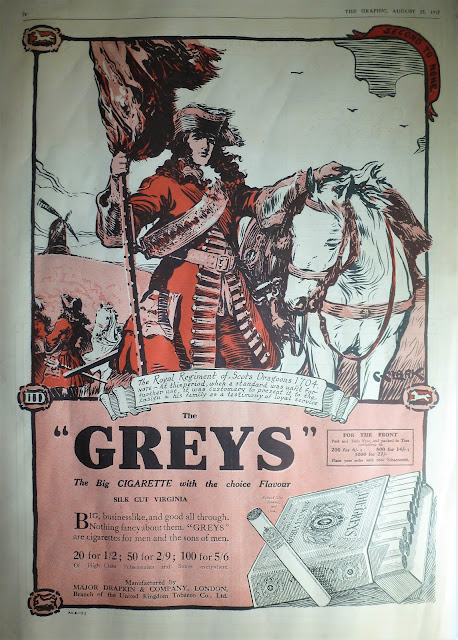 Major Drapkin & Co registered at 84 Piccadily, London W1 was founded by a tobacco merchant and cigar manufacturer named Samuel Barnett, they produced The "Greys" brand of cigarettes and claimed that the Colonel of 2nd Dragoons (Royal Scots Greys) had given them permission to use the Regiments name.

Later with The "Greys" they issued two sets of 30mm flat lead figures representing firstly the Charge of the Scots Greys at Waterloo and then the Charge of the Heavy Brigade at Balaclava.  I haven't been able to put an exact date to these lead flats, the earliest mention of The "Greys" that I've found is an advert from 1916 while the rather fine illustration above is a full page advert from the Graphic Magazine of 1917.  I would expect these flat toy soldiers to have been made well after the First World War due to limitations on the use of metals. 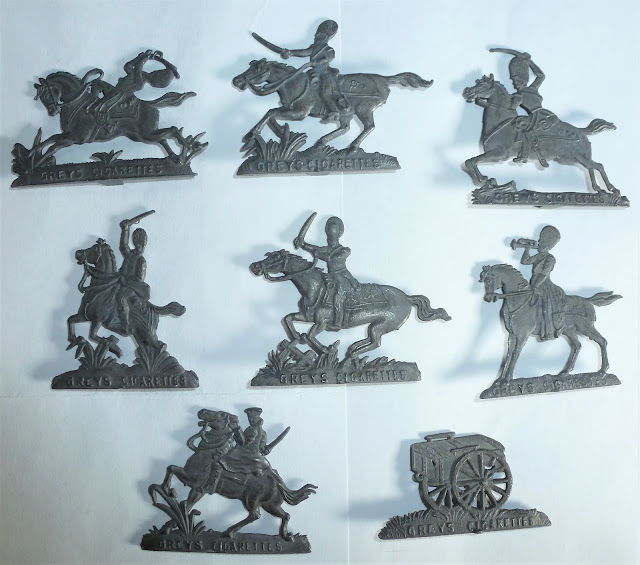 A little bit more 3 dimensional than traditional German tin flats, they seem to be a mix of lead and tin which makes them a bit heavier, darker and softer than Continental production.  One of the original moulds recently surfaced on ebay priced at £150, the seller stated that they had 12 more and that they had been shown to a member of the Ochel family who confirmed that their firm had produced them at Kiel in Germany, in which case this would date them to the late 1920's or early 1930's, the moulds looked to be engraved in brass.

Both sets seem to have used the same designs for the Scots Greys and have had 52 pieces.   The lower figures in the first photo are a Russian cavalryman and limber from the Balaclava set. 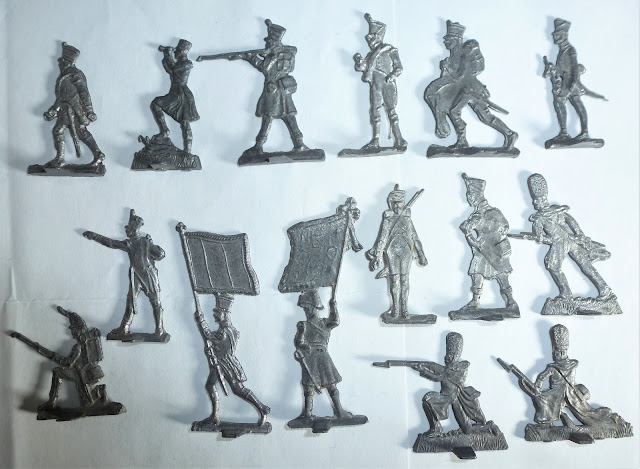 The infantry above are from the Waterloo set, which included British, French and Prussian foot along with the Scots Greys, a mounted Napoleon and artillery. 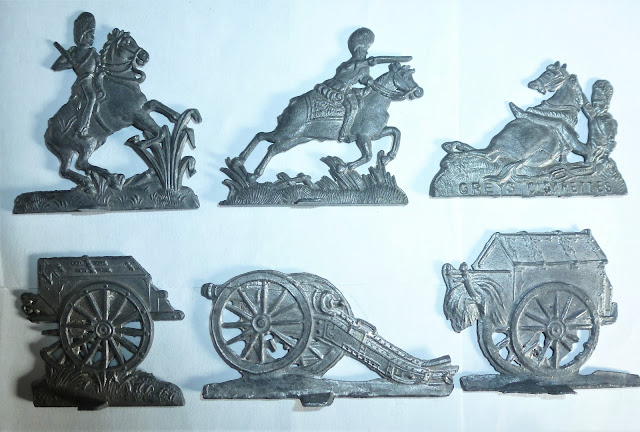 There are nine figures of Scots Greys, numbered 34 - 42, the Waterloo set also had a figure of Sergeant Ewart capturing the Eagle of the 45th (which I don't have).  The bottom row shows the British cannon and limber with the French caisson. 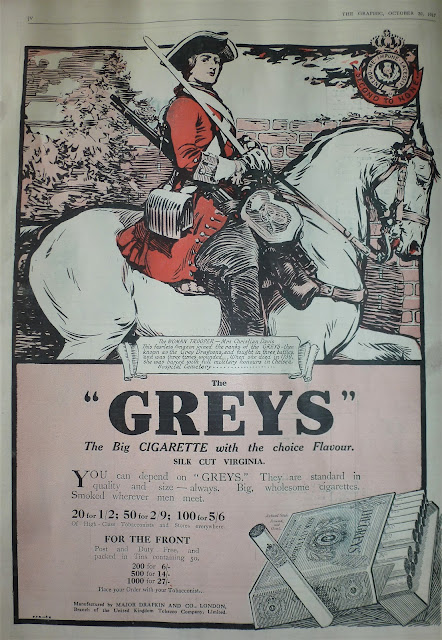 Another great full page illustrated advert form the Graphic Magazine of 1917, I love the legend of Christian Davis, described here, it's well worth taking a moment to read her story on Wikipedia.