Another model ship, another cutting, this one has almost faded and sunk into to mists of time, but has been salvaged by the heroic efforts of digital technology. 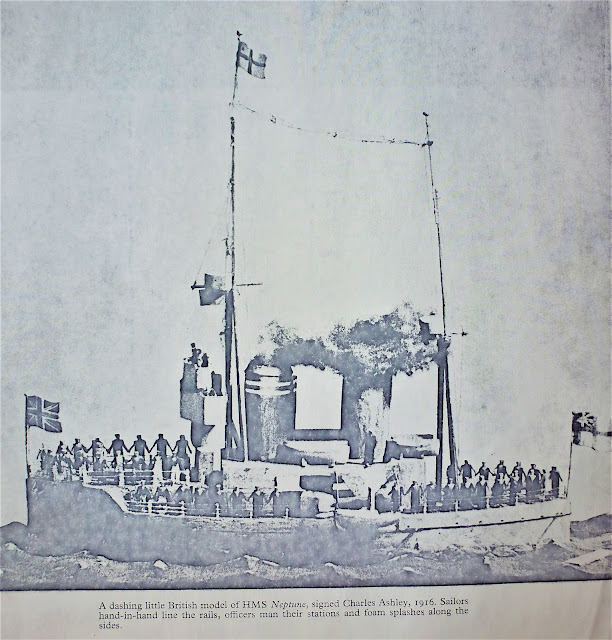 The caption tells us this is HMS Neptune, which was a Collosus class Dreadnaught, launched in 1909, and saw action in the Battle of Jutland.  There is no indication of scale, you could assume the sailors were standard 54mm but I don't recognise the pose so they might have been homecast just for this model, in which case they could be any size, still it's a nice chunky little model and I wouldn't mind having it in my fleet.  The model is signed "Charles Ashley, 1916", the year of Jutland, it's reasonable to suppose he made it, maybe he even served on Neptune during the Battle, who knows?