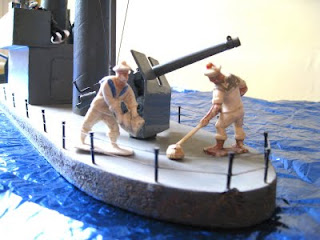 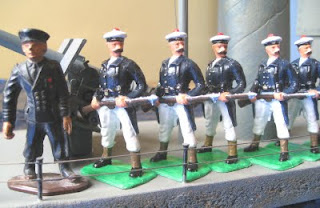 At top a pair of matelots scrub the decks in time honoured fashion, the one with bucket is a later soft plastic copy of a hollowcast figure by JSF (Jouets Standard Francaise) the chap with the broom is also French made by ACEDO, (Domage et Cie) who previously made aluminium figures under the name ALUDO.