News of the raid has caused consternation at Russian headquarters, reports are coming in that border posts in the mountains have been brushed aside and local garrisons overrun as the Turks advance in three swift columns, destroying everything in their path.  Orders have been sent out recalling all garrisons in the region to concentrate at Tsaritsyn to the north, no regular troops can be spared from the main front in the Balkans so the General Staff set to the job of improvising a command for the defence. 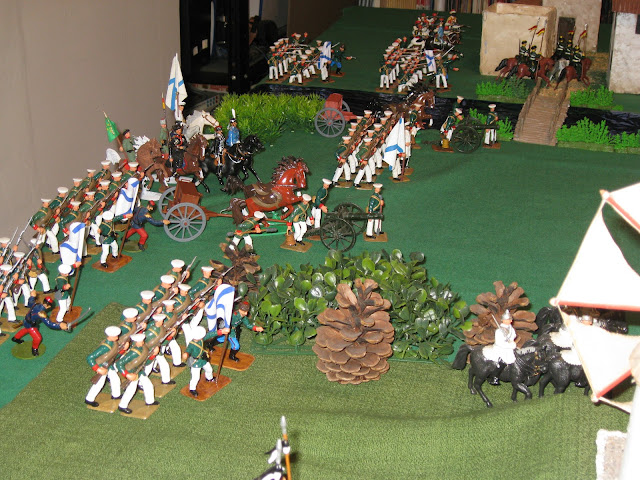 A regiment of Cossacks and Riflemen from the Caucasus are being shipped across the Caspian Sea to Astrakhan where they will make a forced march to Tsaritsyn.  Hussars, Cuirassiers and Cossacks from the Imperial Guard are being ferried down the River Don, from Moscow. 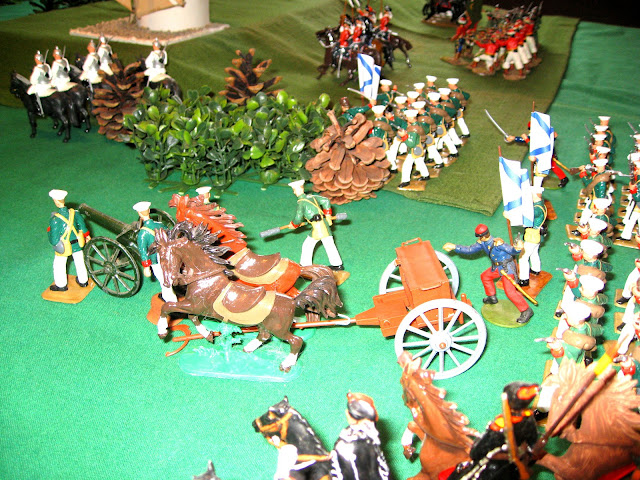 From his position in the centre the Russian commander surveys his right wing, covered by a screen of Cuirassiers his Lancers, Montenegrins and Caucasian Riflemen shelter behind the gentle slopes of Windmill Hill.

At Odessa a Brigade has been formed from dispossessed Montenegrin and Albanian refugees, they are being trained by Polish and Walachian Officers recruited from the French Foreign Regiment, recently disbanded.  Their lack of formal training is more than made up for by their fighting spirit, they are being shipped across the Black Sea to Rostov where they will be rushed east to join the general concentration. 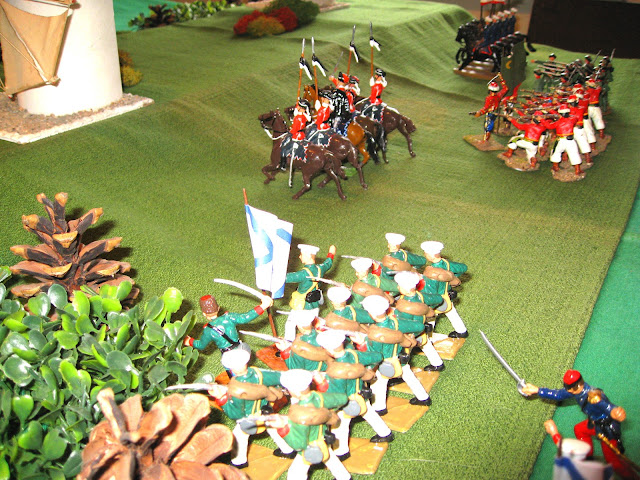 We join the action where the Russian forces have concentrated and moved to block the Turks advancing on Astrakhan, they are surrounded on all sides by the wastes of the Circassian Depression and there is no way round so the only option is to break through the Russian line. 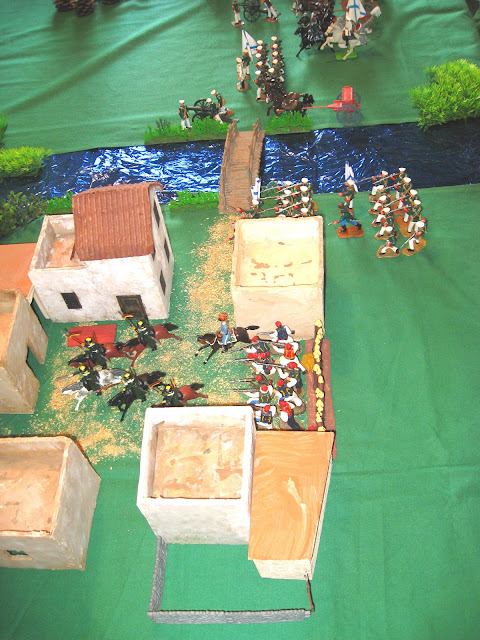 On the left wing the Caucasian Cossacks and Albanians have occupied the village.

The two commanders have no idea what size or composition the forces opposing them will be or where they will appear on the battlefield, they can only discover this through probing with reconnaissance patrols.  In the north east sector a village built with stout mud walls nestles in the bend of a river making it potentially a very formidable defencive position and the Russian commander quickly moves to occupy it. 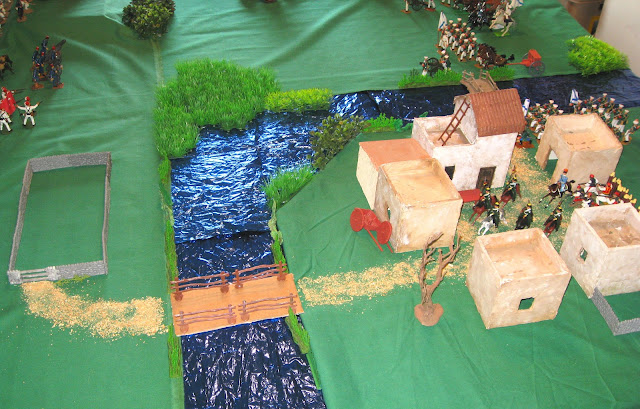 The Russians discover the village is empty and the plains opposite across the river are unoccupied.

The Turkish commander has deployed to the south west, avoiding the risk of excessive casualties from attacking a fortified position across a river, while the Russians discover that they have nearly a third of their force cut off from where the main action will take place.

Umpires note
I had originally intended the size and composition of the two forces to be very diferent but purely by chance rather than design they came out fairly even, they both had roughly 100 infantry, 20 cavalry, 2 guns and 6 Command.  The Russian field guns had an advantage in range over the Turkish mountain guns but in practice this was found to give no benefit.
The players were not aware of each others victory conditions: for the Turks it was to break through the enemy line by taking at least 50% of their forces across his baseline, for the Russians it was to defeat the raid by preventing the breakthrough to Astrakhan and inflicting at least 50% casualties.  For both sides there was a bonus for whoever possessed the gold at the end.
Nearly all the figures used are conversions, the Turkish light horse, Guard infantry (in light blue zouave tunics), Montenegrins and Albanians as well as the buildings in the village were all made by Ross Macfarlane and featured in his Emir's Lair scenario (many thanks Ross).  The Russian Hussars and recast Britains Cossacks came from the collection of John Ruddle.  All the rest are my own humble efforts.

Tomorrow the combat begins in earnest.
Posted by Brian Carrick at 12:33