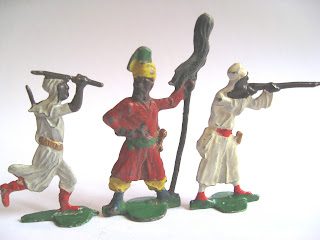 This is the second set of Authenticast semi-flats that I've unearthed, the standard bearer looks like an Eriksson design to me but I'm not so sure about the two arabs.  There is no indication what these are supposed to be on the box so I am assuming them to be arabs but exactly where from and what period I couldn't say for certain.  The standard bearer has a very Ottoman look to him and I think he may have lost a bit off the top of the standard. 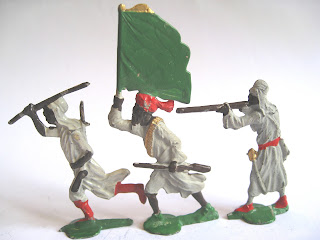 I'm not sure if it will show in the photo but the green standard above has a Union Jack engraved on it so i'm guessing tht this figure also did service as a sepoy at some other time in some other set. 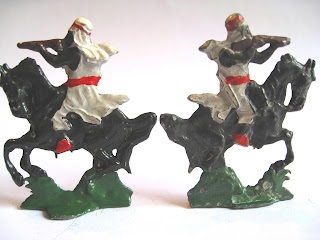 The mounted figures are in scale with the foot but I think  the horses might be a tad small.  Eriksson is probably best known for fine sculpting of his horses and to me these don't cut the mustard on that score so either they were done by someone else or they are very early examples before he refined his skill. 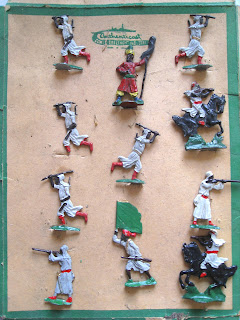