Yesterday I went to the London Toy Soldier Show, it didn't seem as busy as in previous years but then the first show of the year is often like that, many of the dealers were commenting that sales had been weak in recent months both at shows and mail order, and I guess this reflects the depressed state of the world economy (toy soldiers being a very international trade).  The show itself has had something of a chequered history, it started out as the Norman Joplin show then was taken over by Vectis Auctions who passed it on to King & Country and now it is being organised by Guideline Publications who publish Toy Soldier Collector magazine. 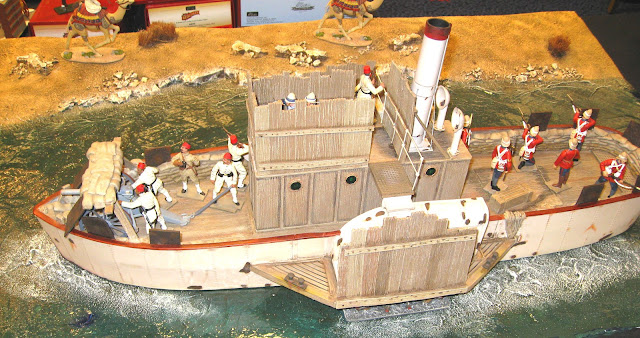 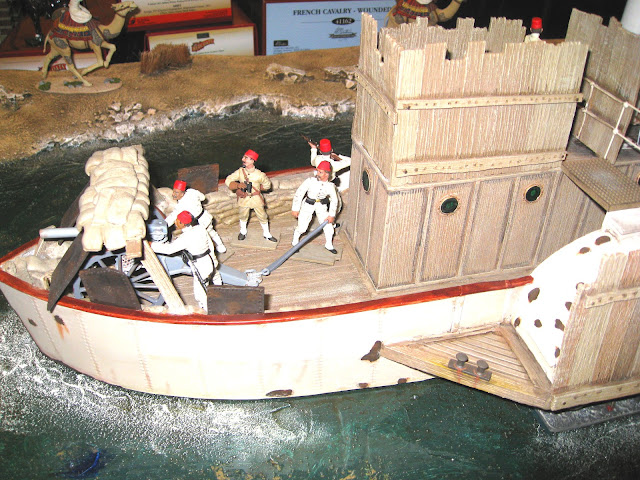 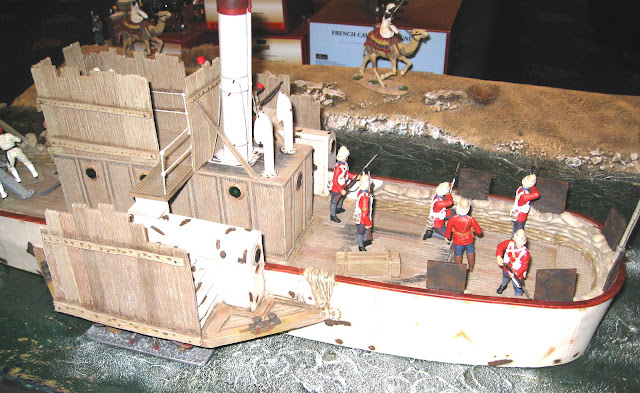 Above: three views of the Britains Nile Gunboat from the Sudan Campaign, a nice model but I have to admit I would prefer if it looked a bit more homemade and toy like than a professionaly made product but then of course it wouldn't have fitted with the rest of their range.

In recent years I seem to be buying less and less figures at shows but they are always good to go to because you never know what is going to turn up and it's always good to meet old friends and put faces to new people that you've come into contact with, among them this time around were Hugh Walter of the Small Scale World blog and Tim Gow of the Megablitz and More blog. 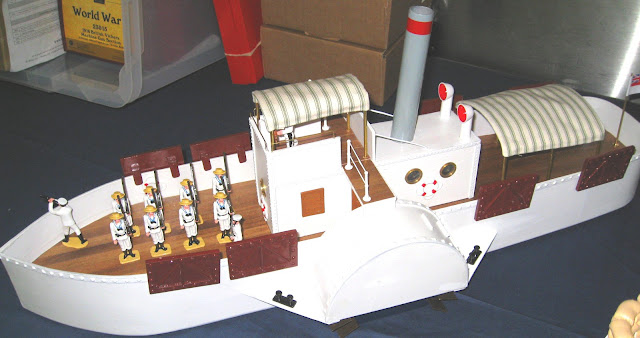 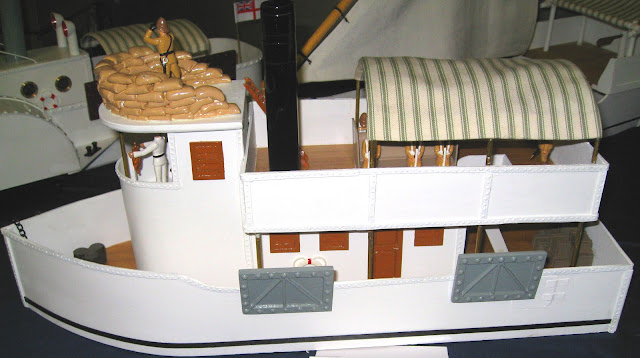 Above: two more views of Nile Steamers from the Sudan Campaign, this time from the British Toy Soldier Co. I think they work quite well.
Posted by Brian Carrick at 20:03