Funny Little Wars armies but who made them?

Okay they aren't made specifically for playing Little Wars........but they should be!  I was told they were made by Hiriart who are a current manufacturer of white metal figures in the old toy soldier style, based in Uruguay,  I don't know very much about this firm but they have been manufacturing since 1972 which must make them one of the oldest makers of modern collectors figures and  I'm not aware of Uruguay having much of a toy soldier tradition but I could be very wrong there.  These are are not Hiriart but are sculpted very much in the style of old Britains hollow casts, are exceedingly well painted and tick all the boxes for me so I must make more enquires at the next London Show at the end of June. 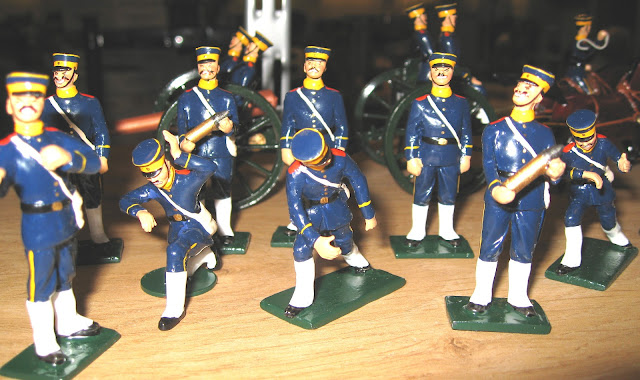 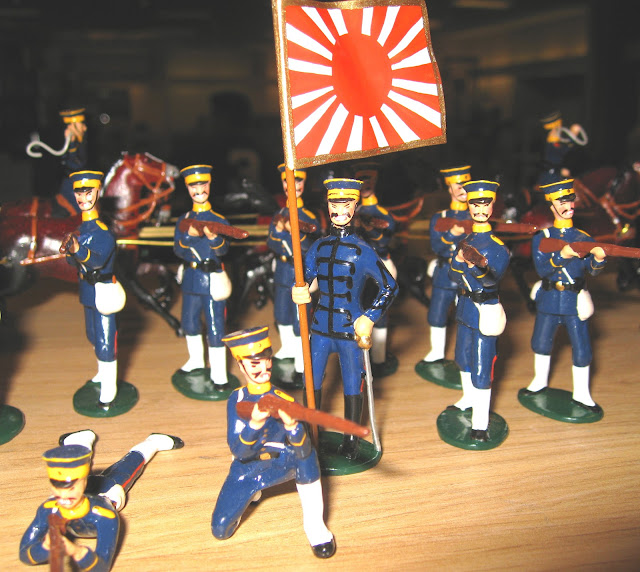 Japanese infantry, I think the officer with the standard is rather nice. 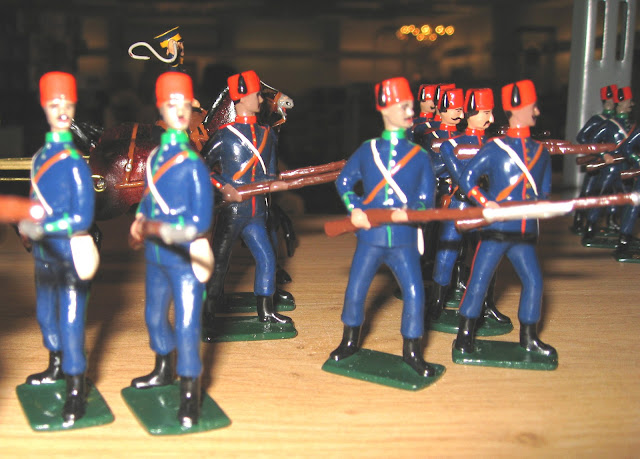 Turkish infantry standing at the ready, very much in the Wm Britains style.

In the foreground an Austrian artillery limber, behind them a Turkish one.

I have now more or less completed my Turkish wargames army, made entirely from conversions (as seen in the post on the Battle of Astrakhan), and I'm about half way through doing the Japanese, I'm very tempted to add some of these to the establishment but in the meantime they provide plenty of inspiration.  Austrians are on the "to do" list!
Posted by Brian Carrick at 16:55