Still limping on the long road home from Moscow

For Napoleon's Grand Armee, the humiliating retreat from the Russian capital is about to turn in a nightmare of epic proportions. 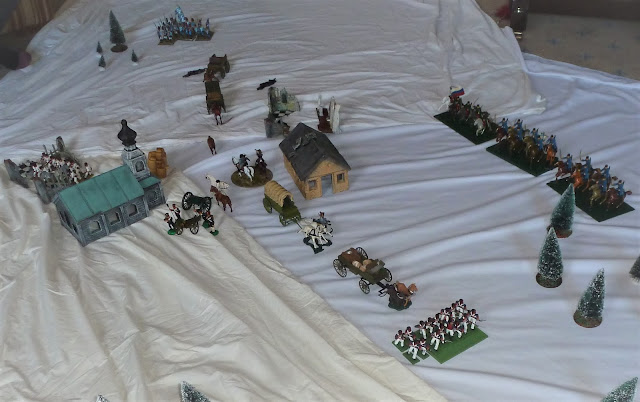 While the muffled boom from the Russian guns, harrying the rearguard, drifts across the endless plain, the Cossacks look for any opportunity to pick off stragglers or fall on unescorted wagons. 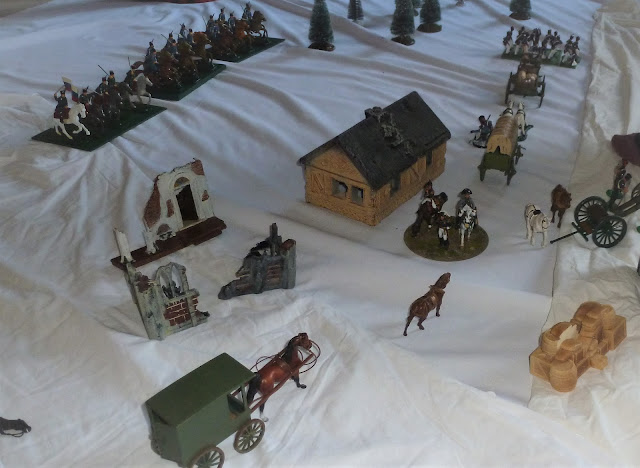 The Cossacks attack in waves but are easily held off by formed up bodies of infantry, or scattered when they come under artillery fire.  An unfortunate salvo from the rearguard falls near the wagons and sees a unit of Cossacks driven off by friendly fire! 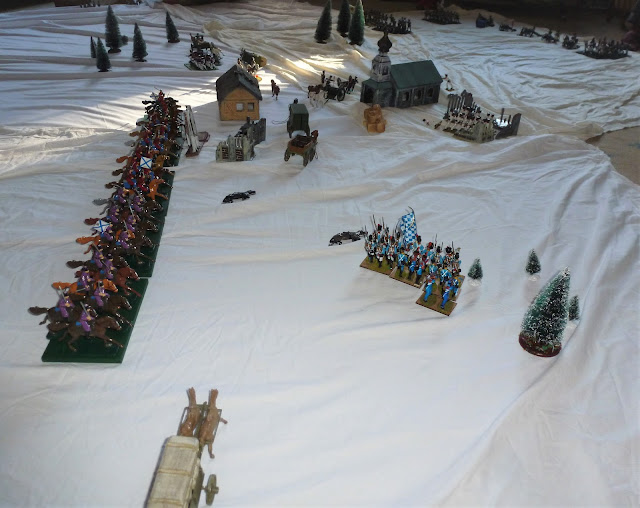 The Bavarians trudge on, shadowed by the menacing Cossacks, they know their only hope of salvation is to stick together.  Ahead of them in the right foreground the Russian main army is approaching from the flank and has set up a Grand Battery to ward off any attempt by the French to rescue their supply train and come to the aid of the rearguard. 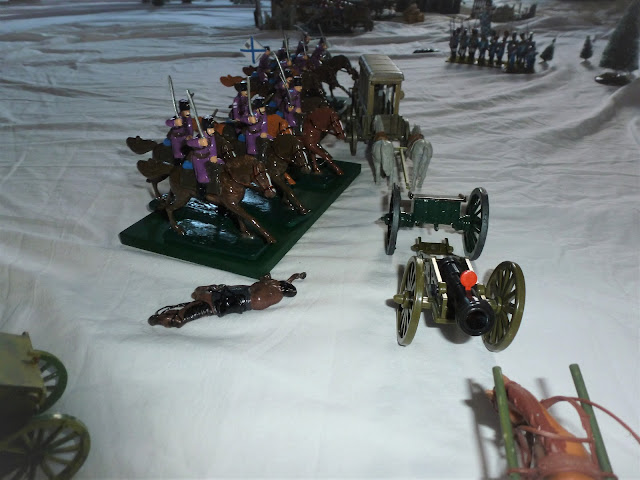 Unprotected wagons are easy prey for the Cossacks, who suddenly appear like ghosts out of the swirling snow fluries. 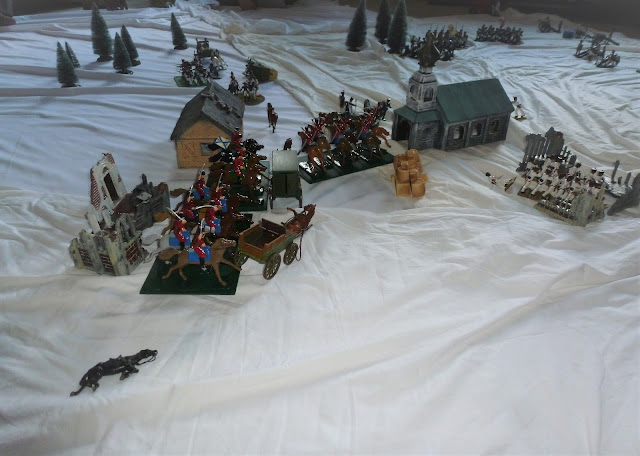 ………and never miss an opportunity for plunder. 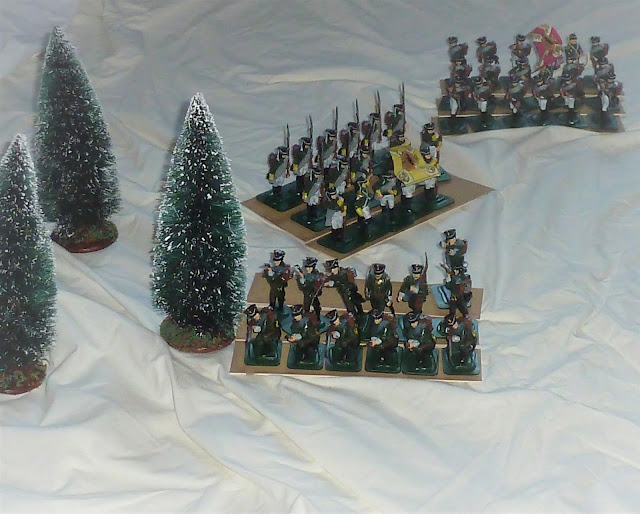 The Russian main army makes it's appearance on the field...…. 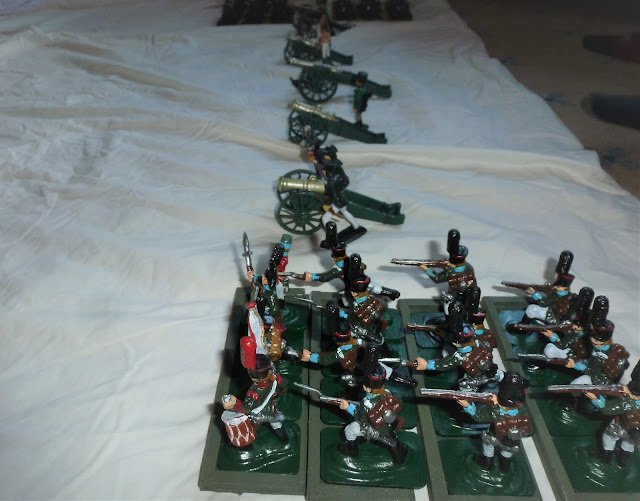 While the Grand Battery prepares to face the French relief force, which has now been spotted racing to save the supply column. 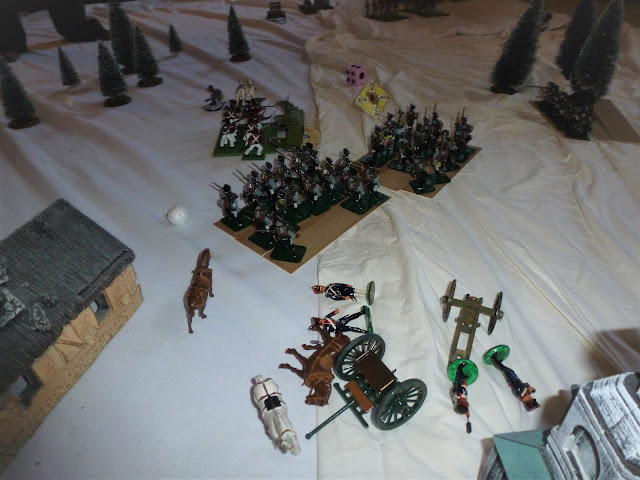 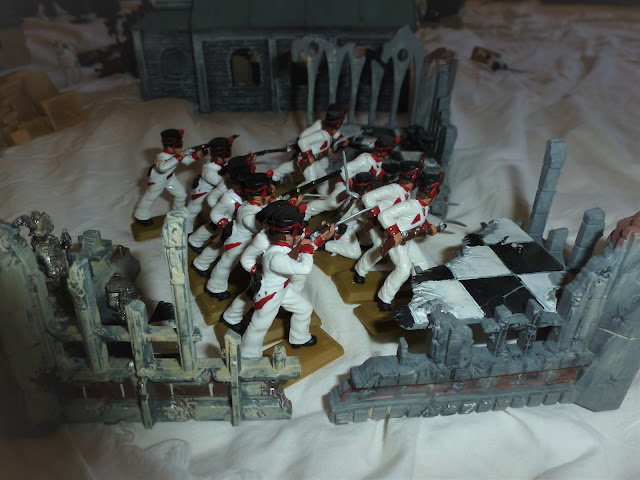 A unit of Saxon infantry, allied to the French, take shelter in the ruins of an abandoned monastery. 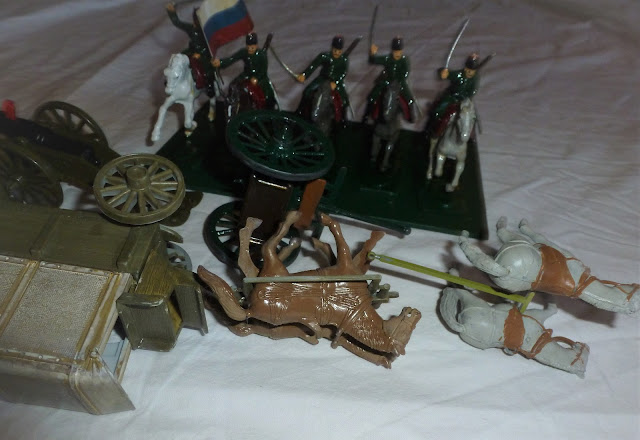 The Cossacks continue to plunder the column. 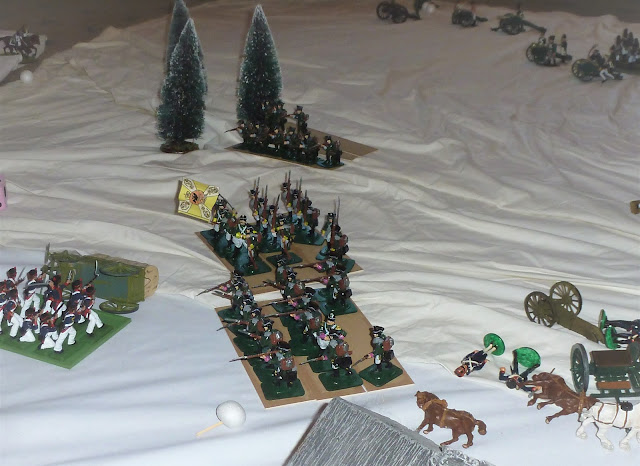 Nearing the end of the game, the French rearguard, seriously depleted, stood it's ground heroically just as it did in 1812.  While the Emperor and his staff, in a moment of distraction, fell prisoner to a passing Cossack patrol, okay that didn't happen in 1812 (but it could have!).

And suddenly it was all over!  Time to pack away all the toys and sit down for tea.

The rules used for the game were a Napoleonic variant of Funny Little Wars which are as yet unpublished and are here being playtested.  One new development is the use of polystyrene foam balls impaled on a matchstick (shown here in the centre foreground) so they can be fired from a cannon, this makes their flight rather erratic but it also makes it much easier to see what has been hit.  The figures were drawn from too many sources to list, and included many conversions, but most sharp eyed readers will be able to guess their origin (and if you're really stumped you can always ask!)
Posted by Brian Carrick at 16:53